What is the “Flipped Classroom?”

The term “Flipped Classroom” is one that has generated discussion around the world of education. Through this method of teaching, content delivery using face-to-face classroom time is “flipped.” In a “Flipped Classroom” students learn the primary material for the course independently outside of the classroom and then come to class prepared to engage with the content. This engagement includes discussion, hands on activities, and scaffolding of student learning beyond just the basics of the text in the classroom. The Center for Teaching and Learning at the University of Texas at Austin created an excellent diagram outlining the “Flipped Classroom” format. 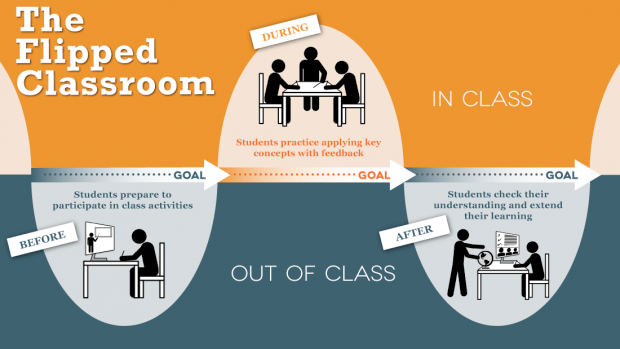 This image above highlights the before, during, and after activities associated with the “Flipped Classroom” and shows how each of these activities should be guided by the performance objectives or goals for student learning.

The “Flipped Classroom” concept started in K-12 Education and is widely credited to Jonathan Bergman and Aaron Sams (Strayer, 2013). The core principle was to record PowerPoint presentations for students who missed class so that they would not fall behind. This basic premise grew until the recorded lectures were used to teach a majority of the core material outside of the classroomso that face to face time could be used for application. 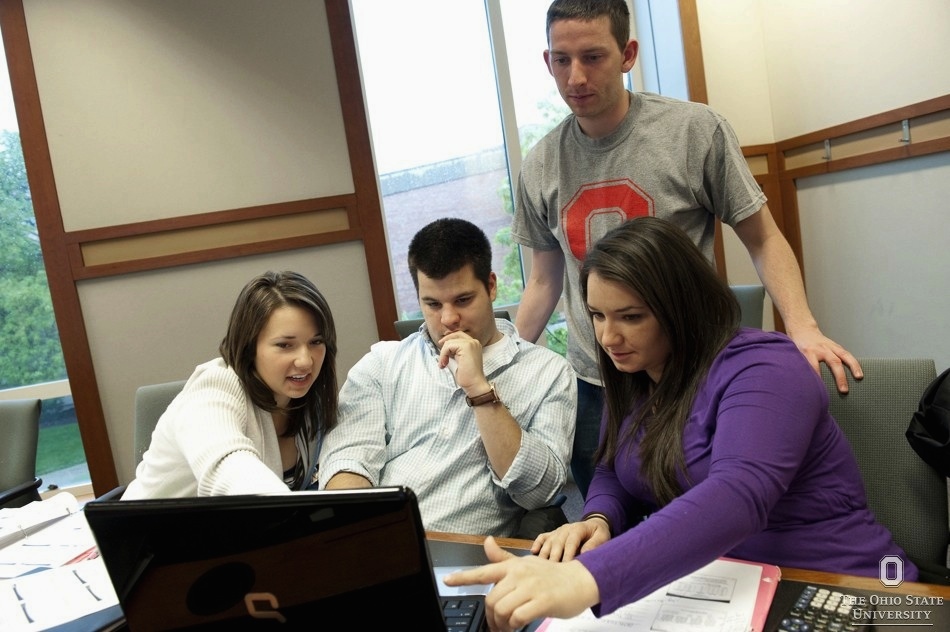 “The term flip implies an all-or-nothing reversal, but that is not the case for the flipped classroom. A central goal is to provide more time for interactions with students in class. Teachers can do this in a variety of ways and with different degrees of adoption, ranging from just a few class sessions a year to a complete reconceptualization of a course” (Bull, Ferster, & Kjellstrom, 2012).

Lage, Platt, and Treglia in their exploration with the “flipped classroom” found that “Evidence suggests that students generally preferred the inverted classroom to a traditional lecture and would prefer to take future economics classes using the same format” (Lage, Platt, & Treglia, 2001). The new breed of student in higher education has access to technology at all times and expects to have access to content when and where they want it. The idea that lecture content can be accessed on their own time outside of the classroom and that face to face time is used for further exploration appeals to those entering higher education today. Daphne Koller of Stanford, “…found that classroom attendance doubled when she used class time for group problem-solving sessions instead of lectures” (Bull, Ferster, & Kjellstrom, 2012). 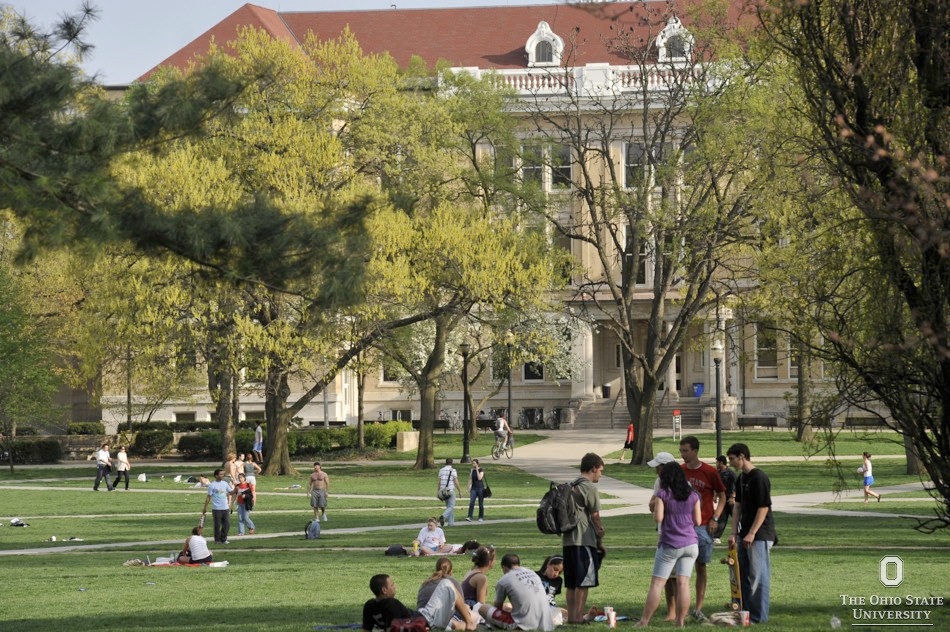 Homeyra Sadaghiani of California State Polytechnic University moved toward a “flipped classroom” by creating multimedia learning modules (MLMs) to access content outside of the classroom and found the results to be very positive, “With students viewing the MLMs prior to class, instructors can focus on helping students learn through problem solving and conceptual discussions during the class” (Sadaghiani, 2012). Today’s students come to class with shorter attention spans and not equipped to sit through a lecture based course. As McFarlin, Weintraub, Breslin, Carpenter, and Strohacker point out “…traditional lecture courses do not always engage these students at the highest level” (McFarlin, Weintraub, Breslin, Carpenter, & Strohacker, 2011). Larkin supports this point as well, “The results would appear to indicate that this generation are indeed discriminatory about the quality of teaching on offer and that they do value the interactive nature of learning that should arise out of face to face teaching” (Larkin, 2010). The “flipped” model tailors the learning environment for today’s learners.

One of the most common concerns of educators is that if all of their content is in a recorded format for access outside of the classroom then educators will not be needed to further students’ education. This is a misconception. The value of the educator in today’s classroom is not entirely the assimilation of material, but interacting with students to immerse them in the content. Sadaghiani supports this point, “MLMs are not intended to replace instructors and should exist as part of a well-designed curriculum” (Sadaghiani, 2012). The content is just one piece of education. As Brunsell and Horejsi point out, “Showing video lectures alone is not flipping your classroom—you also need to increase active learning experiences” (Brunsell & Horejsi, 2013). It is the discussions and activities that complete the education of a student and these are facilitated by the expert knowledge of the educator.

The “Flipped Classroom” started out as a K-12 trend, but has gained a foothold in all areas of education. The feedback surrounding those who have “flipped” has been positive. Students have positive feedback about the experience, and additionally student assessments and content retention have improved, “On the unit test, students performed equalto or better than students in previous years” (Brunsell & Horejsi, 2013). In the higher education realm educators have begun to gradually move parts of their content distribution outside of the classroom. When this movement has occurred and time has been freed up inside of the classroom for further exploration, the results have been positive. Today’s learners need to be engaged in the classroom, as von Konsky , Ivins, and Gribble point out, “Physical presence during a lecture does not mean that a student is paying attention, synthesising new information in the context of prior understanding, or developing insights that will foster learning” (von Konsky, Ivins, & Gribble, 2009). The “Flipped Classroom” caterers to the needs of today’s learner: content when and where they want. The idea of “flipping” the classroom will continue to grow in today’s education environment.”

Flipped Through Design by Jacob Bane is licensed under a Creative Commons Attribution-NonCommercial-NoDerivatives 4.0 International License, except where otherwise noted.