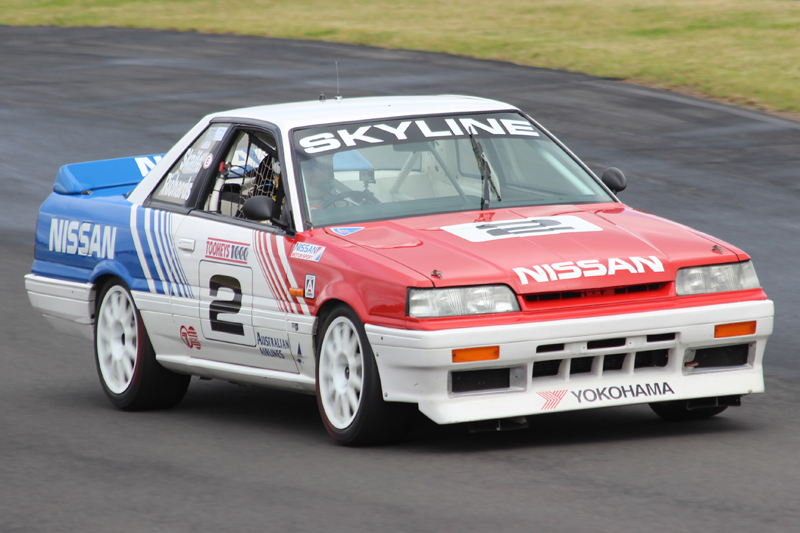 Lines between art and culture blurred even more in the 1990s. A car decorated in this way was conceived by a designer and could be recognized as an artistic visual form.

Like other decades, the 1990s were a time of continual shifts in social and cultural affairs. DIY (“Do It Yourself” or “alternative”) visual and musical forms continued. The lines blurred between the corporate promotion of these forms and the uniqueness of communities who produced them. The 1997 car crash that took the life of a much-beloved Princess Diana cast a shadow over the decade and other important international political developments also changed the cultural landscape for the long term. In 1991, the Soviet Union ceased to exist, which brought forth both economic change and some violent conflict in the Balkans and other areas. The first attack on the World Trade Center occurred in 1993, bringing terrorism to the forefront of international affairs in the U.S. The Cold War between the USSR and the West was over, only to be replaced by new unrest between radical factions at home and abroad.

Cultural shifts during these times of change also influenced the visual arts in the U.S. and around the world. The strict division between Fine Arts (painting, sculpture, drawing, etc.) and commercial art (creative work applied to advertising graphics, fashion design, and retail display and more) had overlapped by the end of the twentieth century, and Pop Art forms infused many other genres. In fact, the Neoexpressionism that peaked in the 1980s moved aside as new artists emerged among women, people of color, and other groups, adding diversity in Visual Arts. These artists used new media, conceptualized new purposes for art, and introduced new modes of performance.

Let’s review for a moment what we learned about Conceptual Art earlier in Chapter 7. “Conceptual art is based on the idea an object or act represents, rather than the appearance of the art object itself. The purpose of the artwork is to engage the viewer’s mind rather than their eyes. Conceptual art is a non-object, non-object-making, and non-art aesthetic modality. Exhibits, installations, and events often deal with re-definitions of art, language, and ideas.”

However, Neo-Conceptualism is distinguished from the earlier form by some rather subtle differences. Although language is still important, these artists feel free to move quickly and directly from one medium to another, which often makes it difficult to recognize a “style” for a given artist. Jenny Holzer for example, works with words. They can appear on a sweatshirt and then take on an entirely different “look” on an electronic billboard .

Visual signs and signifiers are often manipulated in a different fashion than just using them to convey communication with familiar meaning. Change the context of things we usually read, like clocks and they become new signs for viewers. Artfully arranged piles of candy become pieces of art and viewers can take a piece of it home (Felix Gonzales-Torres). The world gets turned inside out and negative space takes the place of solid objects (Rachel Whiteread). But these examples have a common theme that holds them together — the intellectual search for meanings. This highly intellectualized approach to art is the major characteristic of Neo-Conceptualism, and a very strong connection to earlier Conceptual Art.

Here are some important benchmarks in the art world that trace how Neo-Conceptualization emerged, as found in Wikipedia. The links in each item will take you to illustrations of the works:

1991: Charles Saatchi funds Damien Hirst and the next year in the Saatchi Gallery exhibits his The Physical Impossibility of Death in the Mind of Someone Living, a shark in formaldehyde in a vitrine.

1993: Vanessa Beecroft holds her first performance in Milan, Italy, using models to act as a second audience to the display of her diary of food.

1999: Tracey Emin is nominated for the Turner Prize. Part of her exhibit is My Bed, her disheveled bed, surrounded by detritus such as condoms, blood-stained knickers, bottles and her bedroom slippers.

2001: Martin Creed wins the Turner Prize for The Lights Going On and Off, an empty room where the lights go on and off.

2005: Simon Starling wins the Turner Prize for Shedboatshed, a wooden shed which he had turned into a boat, floated down the Rhine and turned back into a shed again.

Beginning in the 1990s and extending into the new century, the internet expanded  well beyond a network for messages and print-based transmissions, into an environment of images, products, and services available by way of a computer. For artists and musicians it became a place to market and even sell their work. Some artists and musicians actually designed digital art work known as Internet Art, or “Net Art.” These digital forms differed from commercial web development or music and video sales. Rather, Internet Art forms were usually a one-of-a-kind experiences, and environments.  Theorist and curator Jon Ippolito defined “Ten Myths” about Internet art in 2002, which broke away conventions and opened new ways of conceptualizing a form on the internet. The unique aspect of Internet Art is that it is not material in the way the paint covers canvas or sculpture occupies physical space. Internet files are made from pulses of electricity and can be lost if they are not stored in a computer.

One development was a social space called “We Are Data,” produced by the game design firm, UbiSoft. The site contained three interactive maps of London, Paris, and Berlin, on which appeared the live movement of public transit (trains and subways), traffic lights, and public bicycles. You can also click Tweet and Instagram icons to see images, messages from individuals who have volunteered to participate. This site was recently removed from the Internet, but here is a a link to video about it: https://youtu.be/VjtlG5ElwDk

Continue to biographies of Neo-Conceptual Artists on this Biographies menu: http://aaep1600.osu.edu/book/menu1990s.php

Watch this video on the top 10 Grunge Bands. Note that some of these bands have more than one classification. Link to this video at: https://youtu.be/c91dmwxaiig

The music world was also changing quickly and becoming more and more diverse. The 1990s opened with an influx of Grunge music coming forth from Seattle that unsettled the Pop artists who had been getting very comfortable with their reign. Nirvana is recognized as one the very first Grunge bands to emerge and become popular, usurping the throne from the King of Pop, Michael Jackson in 1991. Within only three years, however, Kurt Cobain, the lead singer of Nirvana, committed suicide at the height of the Grunge scene. Yet, Grunge still left its impact on the people as youth all over could be seen sporting torn jeans and un-tucked, open flannel shirts with chains on their wallets.

Although Nirvana helped to develop the mainstream popularity of Grunge music, Grunge is merely a sector of a more broadly reaching Alternative style of rock. Though Alternative rock music could be heard in 1980s, the 1990s also saw an even greater success among the alternative bands of the time.

During the mid-1990s bands like the Smashing Pumpkins, Pearl Jam and the Red Hot Chili Peppers kept a strong hold on the music world. Alternative music gained much of its success in the 1990s due to the fact that the bands signed on with major record labels, instead of independent ones as they had been in the past.

Women finally were recognized as important contributors to the rock scene in the 1990s and they were taken very seriously. Powerful female performers such as Sinead O’Connor, Alanis Morissette, Ani DiFranco, Tori Amos, and Sarah McLachlan emerged to great popular success and critical acclaim. Major newspapers, in announcing the winners of the 1999 Grammy’s, headlined their articles with titles like: “No Men Allowed at This Party.” Not that men weren’t there, they just won very few awards. Sarah McLachlan organized “Lilith Fair”- a tour that celebrated the accomplishments of women artists in a way never seen before.

The 1990s generally saw a very diversified assortment of music coming over the radio waves. Folksy, funky, sometimes acoustic bands came forth like Phish and the Dave Matthews Band to play to sold out concerts often held at small, private venues. Cars could be seen with window stickers blazoned with the insignias of bands like Phish and Dave Matthews.

In the meantime, Rap music got a makeover and boasted of artists such as the Puff Daddy, and Tupac, whose murder was another musical tragedy. Rap also had another face as can be heard in the music of Lauryn Hill, who fits into the Alternative Rap and Rhythm and Blues genres.

Although the 1990s are not considered to be the decade of the music video, as the 1980s are known to be, but MTV still had an important part in music. One of the 1990s artists who best made use of the music video is the Country/Rock singer Shania Twain. Helping to give Country music a boost into the limelight, Twain used her sexy image in videos much like Madonna did in the 1980s. Twain helped to move country music more into the mainstream along with artists such as Garth Brooks. In fact, pop rock radio stations of the 1990s could be heard playing popular country songs along side rock numbers.

Like much of the music of the 1990s, modern country pulls from traditional rock sounds to become more diversified and reached a broader audience. The practice of borrowing from many genres of music has been going on for decades, after all, rock originally came from Rhythm and Blues and Country. But in the 1990s there was much evidence of the melding of musical styles, as many radio stations play a wide assortment of everything. Though the rest of the world seems to be still lingering behind, perhaps the music world of the 1990s has shown more tolerance of  the diverse races and creeds in music.

A Quick and Dirty Guide to Art, Music, and Culture by The Ohio State University is licensed under a Creative Commons Attribution 4.0 International License, except where otherwise noted.