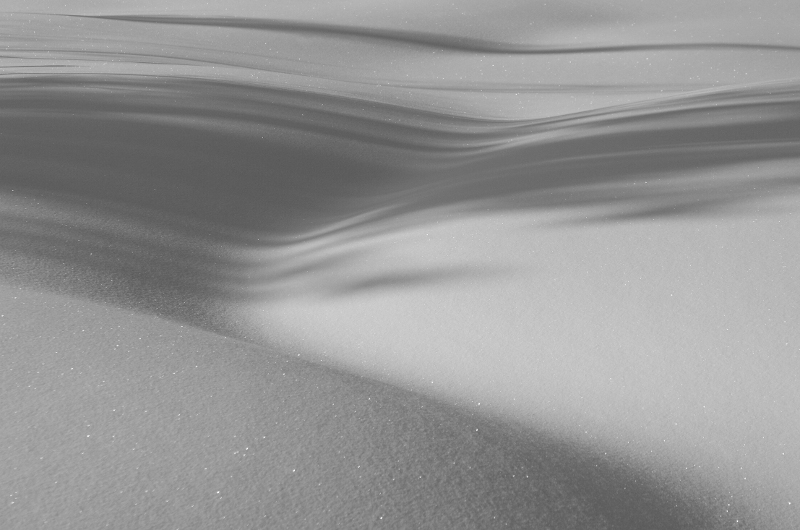 In our discussion of Abstract Expressionism, artists were trying to reduce art to its essence. In this chapter we will discuss other ways artists explored the reduction of visual form that caused viewers to reflect on themselves. Minimalism in art and music was an effort to create a form with a minimum of material and process. That means that one of Donald Judd’s cube-shaped sculptures was reduced to the simple form of a cube, and nothing more. Minimal Music was similar in that an entire musical work could be composed from a very simple tune of, say, four notes. Like minimalism, Conceptual art was a shift of focus away from representational images and to an idea as the basis for a work. Instead of creating, say, an image of something we recognize, like a figure or a landscape, they focused on ideas. The summaries will lead you to biographies and more information about the artists for you to study.

Painterly Abstraction brought the reductive process possibilities of pure painting to a logical end. But all was not said and done. Artists in the 1960s and 1970s who explored reductive notions found a new way to embody their ideas in visual form. These artists explored the reductive tradition with highly experimental three-dimensional work. This new approach to art was eventually called Minimal Art. A diverse group of artists were at one point or another during their careers classified as minimalists. These artists included Robert Morris, Daniel Buren, Dan Flavin, Tony Smith, Sol Lewitt, Ellsworth Kelly, Donald Judd, Dorothea Rockburn, Fred Sandback, Carl Andre, Richard Serra, and Eva Hesse.

The name Minimal was applied to this style because the art seemed to have a minimal amount of art content. It certainly did not represent objects and people as Pop Art did nor did it seem to have any of the emotional or expressive characteristic of Abstract Expressionism. In fact, it was usually so simple that it seemed to lack complexities even under the surface. The minimal artists were more interested in pure shape, color, and texture of the object and how it related to the viewer in space.

The work was often placed on the floor, instead of a pedestal, to occupy the visitor’s space and ensure that their attention was captured. The Minimalists created work which drew in the viewer to participate and contemplate what its meaning or purpose was to themselves. They were interested in how a space could be transformed or altered by their art.

The artists also went so far as to dismiss themselves from the art making process itself and sometimes the physical piece was made by technicians in factories, who followed a set of instructions or diagrams with precision. Overall, the Minimalists were interested in continuity and order. They were interested in what comes next and what the final piece was as a whole. Their work did not refer to any other subject matter, because that would designate it as inferior to what it represented. This belief is the basis of why their work was often titled as “Untitled.” For these artists, the meaning of the art could no longer be found within the piece they made, and was defined instead by its surroundings. This was a cool, cerebral approach to art that often implied that the idea was more important than the object, a line of thinking that eventually led to Conceptual Art.

Continue to biographies of Minimal Artists on this Biographies menu: http://aaep1600.osu.edu/book/menu1970s.php

Minimal Music is still popular today, including Aurora, by Alva Noto and Ryuichi Sakamoto Vrioon (https://youtu.be/dlq-Mw299IM). It sounds best on good speakers or with headphones:

Rewind back to the nineteenth century for a bit to Robert Schumann (1810-1856), who was one of the first composers to embrace the idea of an extremely simple musical composition. Schumannn’s piece that displays this element of minimal music is “Carnaval, Op. 9”, with the subtitle of “Scenes mignonnes sur quatre notes” (translated as Little Scenes over Four Notes). Johannes Brahms (1833-1897), who was greatly influenced by Schumann, also found himself engrossed in the practice of reducing the complexities of music. As a result, he created compositions utilizing a mere two-note pattern.

However, it was Arnold Schoenberg’s idea that musical compositions should be formed around a basic shape that laid the groundwork for what would become modern minimalist music. Schoenberg’s theory allowed a musical piece to be coherent as it became highly developed without ever departing from a basic, simple element. With this idea in mind, Schoenberg developed his twelve-tone scheme for creating compositions. Strategies of what are called “Atonality” was the offspring of this method that produced serial music. The suggestion that music may have a serial quality came from the music’s constant return to the central tones and notes, or fragments, from which it originated.

Minimal Music is composed with a bare minimum of structure. Watch these two videos of the Steve Reich’s Clapping Music. Then tell which video makes it easier for you to follow along with the performance. Sometimes the music itself gains content just by visualizing the performance, as in the next two videos:

Trouble with the embedded video? Click this link: https://youtu.be/lzkOFJMI5i8

This next video has the same musical work as in the one above, but this time you will see the performers, not the notes. The performers have added a few effects, but they still play the same rhythmic patterns. does it still seem as minimal to you?

Leaping ahead to the evolution of modern minimalist music, beginning in the 1960s, we see the tendency towards serial music and minimal structures in the work of Robert Ashley, Laurie Anderson, Steve Reich, Phillip Glass, John Adams and Terry Riley. These composers have produced a collective body of work that relies heavily on simplified harmonic progression and melodic line. Filled with rampant repetitiveness in rhythms, these musicians worked to reduce the excesses of expression and historical reference they found to be overly abundant in much contemporary classical music.

A key element of the minimalist music being showcased in this unit is the development of hypnotic rhythms. While this also occurred in the music of the 19th century composers, Laurie Anderson, Steve Reich and Phillip Glass had modern technology to conjure up mesmerizing rhythms in new ways.

Perhaps best illustrated in the work of Laurie Anderson, the manipulation of electronics gives a contemporary edge to current minimal music. Present day minimal compositions can be recognized by their use of atmospheric sounds, such as voices and clapping, which are exploited in combination with orchestral instruments. There is always, however, a return to the core fragment of sound that allows for the evolution of the omnipotent rhythm.

Continue to biographies of Minimal Musicians on this Biographies menu: http://aaep1600.osu.edu/book/menu1970s.php

It is important to consider the connections between the various artistic movements in Twentieth-Century art, and the evolutionary process by which specific styles or categories arrived. Much like music, the preceding art forms and ideas informed what came later. Such is the case with conceptual art.

Conceptual Art is firmly rooted in early twentieth-century art and draws influence from the more contemplative, idea-based works of Marcel Duchamp, the early twentieth century, the Anti-Art movement known as “Dada,” and the Minimalist forms above. But while Minimalism sought to reduce art, stripping away the recognizable aspects that reflected particular styles, Conceptual Art took this idea one step further by rendering the art object irrelevant.

Put simply, conceptual art is based upon the idea an object or act represents, rather than the appearance, of the art object itself. The idea fuels the process of production, but the resulting physical object is viewed more as documentation of the idea. By this definition, the purpose of the artwork as we know it is turned upside down, engaging the viewers’ minds rather than their eyes. We are acculturated to evaluate an object, photograph, or installation by its appearance first, then the idea. Not the other way around.

Conceptual art is a non-object, non-object-making, and non-art aesthetic modality, often presented in the form of charts and documentation such as photographs and visual images with supporting text. Exhibits, installations and events often deal with re-definitions of art, language, and ideas. Much of this work in the 1960s challenged the modernist views of art set forth by critic Clement Greenberg in the 1950s, aesthetics, and the art world as an economic and political system. This approach was further pushed by the rebellion of the late 1960s against the establishment, in this case, specifically the art establishment.

Continue to biographies of Conceptual Artists on this Biographies menu: http://aaep1600.osu.edu/book/menu1970s.php

A Quick and Dirty Guide to Art, Music, and Culture by Clayton Funk is licensed under a Creative Commons Attribution 4.0 International License, except where otherwise noted.