Brew. Sip. Sigh. A morning cup of coffee is a routine habit for many people worldwide. Coffee is the second most popular drink in the world, trailing only water. What are the costs involved in producing enough coffee to satisfy the ever increasing demand?

Coffee is the world’s second most tradable commodity. This $10 billion industry is not harmless because there are many environmental and ecological problems that result from coffee production.1 For every cup of coffee consumed, it is almost certain that one square inch of rainforest was destroyed.2 Chemical buildup in soils and loss of forest shade are consequences of mass coffee production. This leads to chemical runoff polluting rivers, land and aquatic wildlife dying, soil eroding, and land degradation. Once lush rainforests are twisted into barren landscapes, which forever alters the ecological balance of this ecosystem.

Exploitative coffee production leads to massive deforestation. There are two types of coffee plants, those that grow in sun (Figure 2) and those that grow in shade. The sun grown coffee plant has been tailored to produce nearly three times as much coffee as the shade version. Increased production of sun grown coffee plants results in greater loss of rainforest. In the 1950s, approximately 15% of the earth’s surface was covered by rainforest, whereas today there is merely 6% rainforest coverage.2 In addition, the remaining 6% of the rainforests could be destroyed in 40 years, as more than 200,000 acres are burned each day to clear the land for agricultural and industrial purposes.3

Deforestation decreases the biodiversity of wildlife and plants. These deforested habitats are left altered and unsuitable for the previous species (if any) to thrive, as only certain species can survive the destruction and habitat loss. With the loss of forested areas, moisture in the air decreases and soil composition and foliage is altered (Figure 3). The widely used practice of burning the forests and then subsequently tilling the land, changes the temperature of the land area and chemical composition of the soil.3 The forest canopy is no longer providing protection from the sun and the soil lacks decomposing foliage. This combination allows moisture that was previously trapped escape, leaving the land warmer and drier. The balance of organisms in the soil ecosystem, which includes termites, nematodes, earthworms, bacteria, and fungi is then altered.4 Lastly, the chemical composition of an agricultural system which replaced the rainforest no longer supports the same equilibrium of plants and organisms. This contributes to further negative environment impacts.4 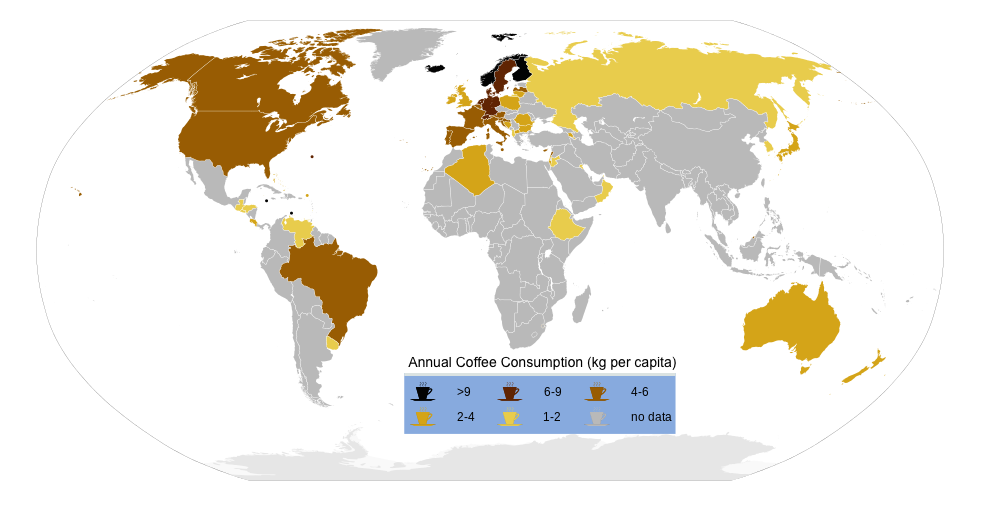 Figure 3a. The demand for coffee continues to increase. Marking this popular drink the second most traded commodity in the world.

Figure 3b. Although there are 10 different species of coffee plants, two species are predominantly grown in the world’s tropical regions: Coffea robusta and Coffea arabica.

Figure 3c. Tropical forests can be found around the world’s equatorial regions.

Soil erosion is another byproduct of deforestation. When natural ecosystems (such as rainforests) are permanently converted into agricultural lands, there is a loss of valuable organic soil components, such as soil carbon. “In temperate zone agriculture, soil organic matter losses are most rapid during the first 25 years of cultivation, however, in tropical soils such losses may occur within 5 years after conversion.”4

The fertilizers used on coffee plants leech nitrate into nearby water sources, depleting the oxygen supply and killing aquatic life. The once rich soil loses health as monocropping alters the pH and nutrient balance in the soil. Monocropping involves producing only a single, dominant crop without rotation. For a sustainable and functioning agro-ecosystem, certain factors such as depth and bulk, mineral density, salinity, and nutrients need to be maintained.5 The opposite of a sustainable agro-ecosystem is occurring in these tropical, coffee-producing areas. Without crop rotation, nutrients cannot restore the soil, and it is deemed worthless for production. When the soil is fully exposed to the sun and direct heat, it dries out, loses its density, and is carried away by wind and water erosion. Sediment from erosion flows into water sources, affecting both the water and land ecosystems.6 Soil particles also increase air pollution since wind erosion changes atmospheric conditions and climate. These erosive processes leave a land once occupied by rainforest as acres of inhospitable, dry, depleted dirt.

Water pollution, mainly in the form of eutrophication, occurs due to waste-dumping and fertilizer run-off into water sources. Coffee produces an enormous amount of waste, “fifty-seven percent of the coffee bean is made up of contaminants which, when discarded destroy fauna in rivers and streams and harm people.”1 Coffee harvesting begins with the process of separating the useable coffee bean from its surrounding pulp. A whole coffee cherry is comprised of outer layers and the inner coffee bean. These are soaked and fermented, breaking down the bean coating and leaving a slimy, pulpy residue behind once the inner bean is removed. This remaining organic matter is then dumped into nearby rivers and streams where it’s decomposition uses up the available oxygen and kills aquatic species.1 While there are anti-dumping laws in place by various governments, enforcement of the laws is ineffective. Heavy pesticide use for coffee production also contributes to the pollution. In 2005, 5 million tons of pesticides were applied to crops worldwide.7 Pesticide use will only increase as the targeted species become more tolerant to the chemicals. Aquatic ecosystems will continue to be negatively affected by water pollution from soil contamination, coffee byproduct disposal, and pesticide runoff.

Coffee production is altering rainforest ecosystems which negatively affect plant and animal species living within. Worldwide, the use of monocrop coffee production is leading to deforestation, soil erosion, and water pollution. Soil composition changes from agricultural land use are causing moisture to evaporate, a lack of crop rotation is depleting nutrients without replacing them, and exposure to direct sunlight is drying out the land. Chemical pollutants and physical contaminants increase in rivers and bodies of water, changing the aquatic ecosystems. Scarce rainforest acreage continues to rapidly decline. More sustainable land use and agricultural practices will be needed because it is unlikely coffee consumption will decrease in the near future.