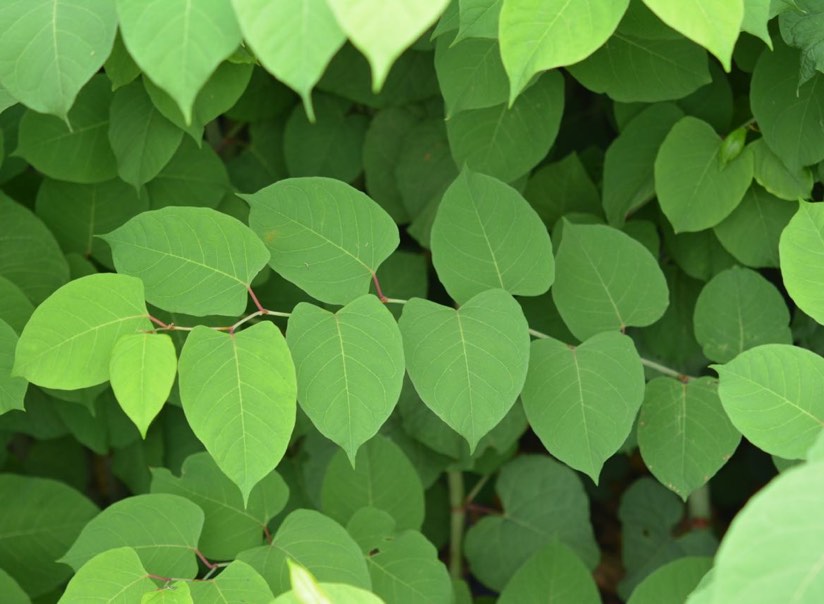 Habitat: The species occupies a wide variety of habitats in many soil types and a range of moisture conditions. It is most common along roadsides and on stream banks, but is also found in low-lying areas, utility rights-of-way, old home sites and along woodland edges and openings. The species requires a high light environment and grows poorly under full forest canopies. In Ohio this species is primarily found in the eastern part of the state.

Leaves: Alternate and egg-shaped (4-6 inches long and 3-4 inches wide) narrowing to a point at the tip.

Flower: Tiny (1/8 inch) flowers are creamy white to greenish white and are borne in plume-like clusters in the upper leaf axils. The species is dioecious, producing male and female flowers on separate plants, however male plants are rare, flowers bloom in August – September.

Stem: Stout, hollow stems are reddish brown and the nodes are swollen giving them a bamboo-like appearance. Typical of the smartweed family, nodes are enclosed by a modified leaf-life structure. Stems die back in the winter and new ones are produced each spring.

Similar Plants: Resembles bamboo because of the robust hollow stems with distinct nodes and internodes; however, true bamboo is a grass.

The problem is…Japanese knotweed grows quickly and aggressively by extensive rhizomes and forms dense thickets that exclude native vegetation and reduce wildlife habitat. This species represents a significant threat to riparian areas where it can spread easily as small pieces of rhizome are washed downstream and deposited to create new colonies. Transfer of soil containing rhizome or seed may also cause the establishment of new colonies. Establishment can be prevented with careful monitoring and eradication of small patches when they first develop. 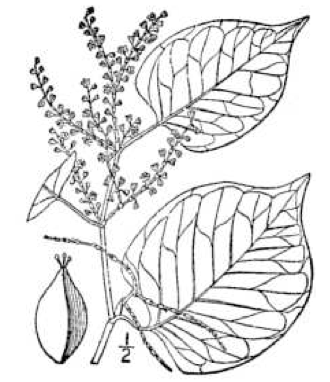