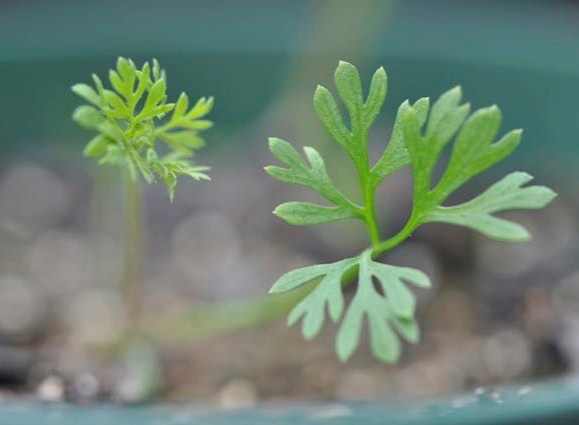 Life cycle: Biennial, forming a rosette the first year and producing flowers and seed in the second.

Similar plants: Leaves have the appearance and odor of a garden carrot. Wild carrots taproot is not as large as the garden carrot. The plant also resembles poison hemlock (Conium maculatum). However, wild carrot has a hairy stem while poison hemlock has a smooth stem with purple blotches. The dark floret in the center of the inflorescence in second year and a distinctive carrot smell in the first year will also help distinguish this common weed.

The problem is…. Prolific seed production and a large, fleshy taproot that is difficult to pull. Because the weed is attractive it has been allowed to spread in many areas. 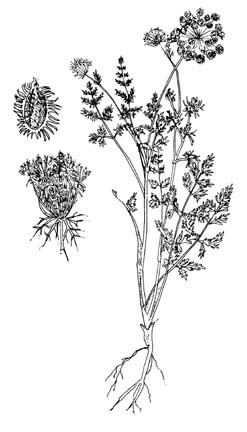 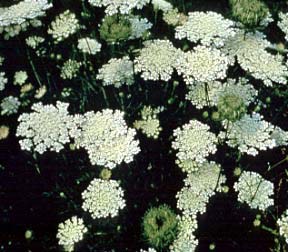 The flower of wild carrot has a reddish-brown floret in the center, which can aid in its identification. 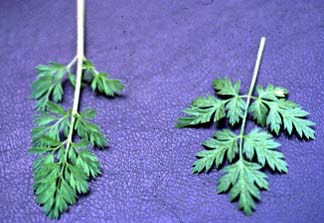