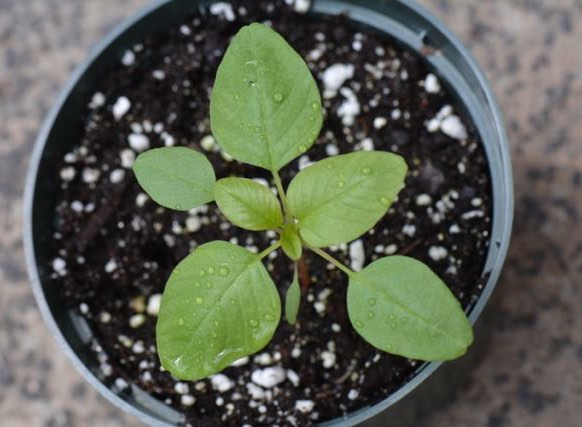 Flower: Small, green, inconspicuous flowers are produced in dense, compact, terminal panicles that are from 1/2 to 1 1/2 feet long. Smaller lateral flowers also occur between the stem and the leaf petioles (leaf axils).  Male and female flowers occur on separate plants. Each terminal panicle contains many densely packed branched spikes that have bracts that are 3 to 6 mm long; can produce 500 thousand to 1 million seeds per plant.

Roots: Taproot that is often, but not always, reddish in color

Similar Plants: Loosely resembles many other pigweed species. Palmer’s petioles are as long or longer than the actual leaf. This plant is hairless and has elongated seed heads. Leaves are typically more diamond shaped than other pigweed species, and occasionally has one hair at the tip of the leaf.

The Problem is……..Palmer amaranth is one of the most difficult weeds to control in agricultural crops.  It developed a major glyphosate resistance problem in the southern US from 2006-2010, and has been spreading in the midwestern US since, causing crop loss and increases in weed management costs. Characteristics that make it a successful annual weed include: rapid growth rate; wide window of emergence (early May through late summer); prolific seed production (upwards of 200,00 seeds/plant); tendency to develop herbicide resistance; and tolerance to many post-emergence herbicides when more than 3 inches tall.