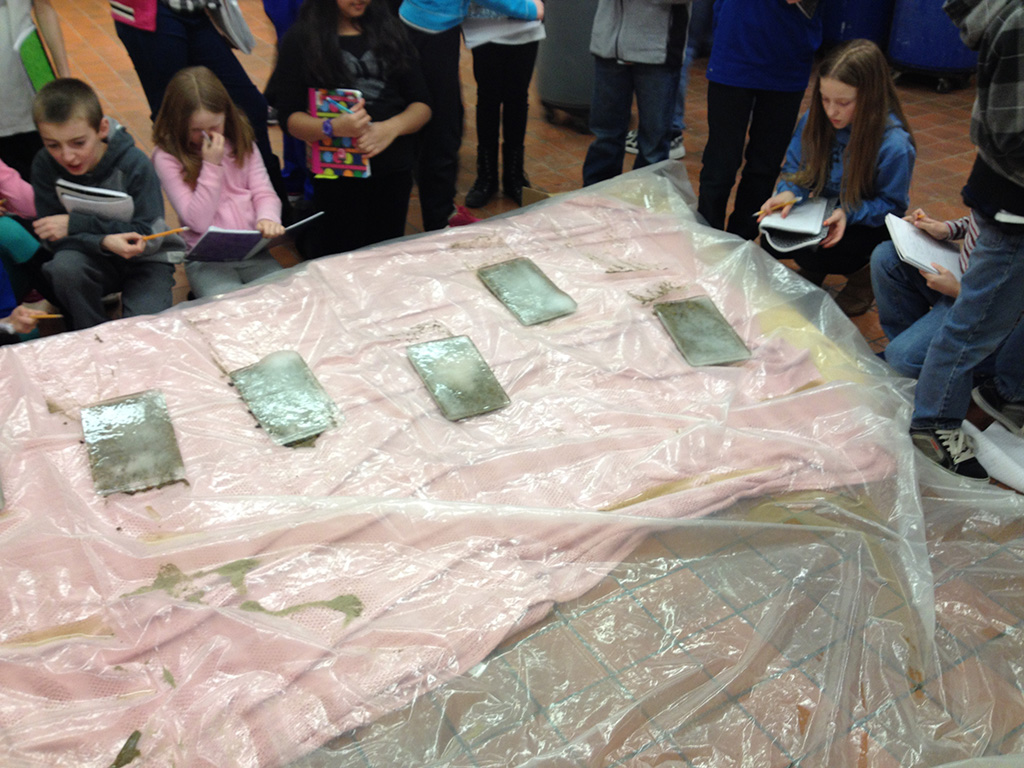 In contrast to investigative writing, I knew more about my students’ points of entry to narrative writing when they arrived in my classroom. I knew that they had been telling their own stories and writing about them for years. These students had worked on descriptions of characters, settings, story problems, and other elements of narrative writing in earlier grades.  While I knew there might be a range in their writing development, I again expected the nonfiction writing skills to mirror their understanding of writing narrative fiction.

I began nonfiction narrative work early in the school year with a prompt calling for students to write about themselves. “Tell me the story of a time you felt proud of yourself.” What an engaging prompt, I thought.

“Remember the important parts of a story,” I went on to urge them.

“At camp I made a belt. I did it in craft time. It has red and black beads. My mom thought it was really good.”  Daryl wrote more, but it continued mostly
as a list of facts.

Similarly many of his classmate’s writing was missing the descriptions and details which engage a reader and create a story. I have found this to be a consistent pattern each year with beginning nonfiction narrative writing.

Without time to root for causes, I dealt with the effects. Daryl and the others revised their stories, most of them earnestly trying to please me by adding details and descriptions.  When the stories were finished, shared, and packed away they were improved, but I knew I had missed a key opportunity for learning.  Students had not developed their nonfiction narratives in the same way they developed their fictional narratives. I would have to find the cause to address it.  Was Daryl being lazy or was he putting aside what he knew about writing? Did he not share the whole story because he didn’t value it?  What didn’t he value: the story, because its writing was contrived in response to my prompt, or himself as someone I (the reader) valued and wanted to understand through the story?

When students come to me, they see fictional narratives as valuable, pieces that deserve to be developed through attention to detail. They do not seem to believe their audience will value their nonfiction narratives in the same way as they value their fictional narratives. Through conversation, the use of mentor texts and opportunities to write, we begin to construct a different mindset.

I didn’t have an immediate answer, but later, as I compared Daryl’s piece with another student’s nonfiction narrative, I began to understand what might have happened. When Alisha wrote her story about her cat, she already knew me and had several friends in the class. Alisha knew she had a story she and her audience valued, because anytime a student shared an anecdote about a pet, others joined in. So she decided to tell her story as a blog on the blog site we have for our class. Students are always eager to share their writing here, as well as to read and comment on the work of others. After submitting her piece and receiving my approval, she posted the following on the site:

…It was Thanksgiving 2011. My two cousins, my sister, and I were all going to spend 2 or 3 nights at my grandma and grandpa’s house. The next day at my house my mom put my cat Geronimo on a leash and took him outside on our deck. With the sun pounding on Geronimo  he was still relaxed. Geronimo had a ball of cancer on the left side of his chest called a tumor. Geronimo’s tumor busted open and pink water came out of his tumor. My mom wrapped him in one of my blankets and took him to the vet to take the daylights out of him with a shot to put him to sleep forever. My mom was balling her blue eyes out and saying that I love him and that it was time to go.

I was not there when it happened. I was having fun with my cousins and my sister and I did not know any of this happened and when I found out I was balling out my blue eyes just like my mom. I believe my mom said to me “Geronimo is gone and well gone forever”. On my way home I was so happy to see Geronimo but I did not and I won’t for the rest of my life in person. Geronimo will see his old friend Cosmo, my old cat, waiting for him on the rainbow bridge in cat heaven.

Alisha’s nonfiction narrative provides readers with information about the death of her cat, Geronimo. She wrote a clear, informational account of what happened in which we are given glimpses of Geronimo, her mother, and herself. Nothing is made up in her recounting of events as we are made aware of the parallel, blue-eyed grief of Alisha and her mom.

Daryl and Alisha’s writings were very different even though I had given them similar instruction and guidance. When Alisha chose to write about her topic, she knew she had an

interested audience and choices about how tocommunicate her message to them. Daryl just had me, and he didn’t know me that well.  He wrote in response to a prompt, with limited choice of topic and no choice in delivery.  Examined together and reflective of the patterns in my students’ attitudes toward nonfiction narrative, these examples highlight issues I need to recognize as a teacher of nonfiction writing. For whatever reason, when students come to me, they see fictional narratives as valuable, pieces that deserve to be developed through attention to detail. They do not seem to believe their audience will value their nonfiction narratives in the same way as they value their fictional narratives. Through conversation, the use of mentor texts and opportunities to write, we begin to construct a different mindset. Students come to recognize and value the choices they have in topics and in the forms of writing they use. They begin to develop a shared understanding of the expectations of the audience. Over time, nonfiction narratives become as rich as fictional ones.