If nature is one necessary source of instruction for a garden ethic, culture is the other. Civilization may be part of our problem with respect to nature, but there will be no solution without it. As Wendell Berry has pointed out, it is culture, and certainly not nature, that teaches us to observe and remember, to learn from our mistakes, to share our experiences, and perhaps most important of all, to restrain ourselves. Nature does not teach its creatures to control their appetites except by the harshest of lessons – epidemics, mass death, extinctions. Nothing would be more natural than for humankind to burden the environment to the extent that it was rendered unfit for human life. Nature in that event would not be the loser, nor would it disturb her laws in the least – operating as it has always done, natural selection would unceremoniously do us in. Should this fate be averted, it will only be because our culture – our laws and metaphors, our science and technology, our ongoing conversation about nature and man’s place in it – pointed us in the direction of a different future. Nature will not do this for us.  – Michael Pollan, Second Nature (p. 232) 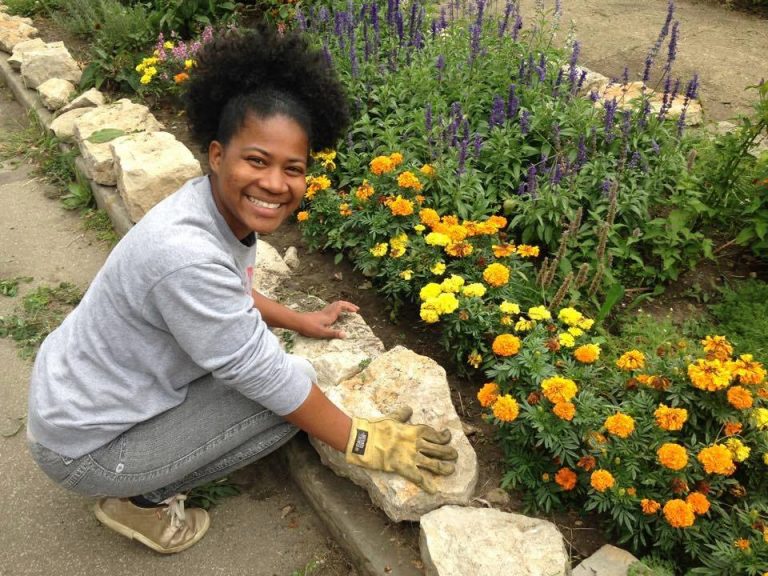 A highlight for some ENR 3470 students at The Ohio State University is reading Michael Pollan’s book, Second Nature: A Gardener’s Education. It is deliciously written, and I suspect Pollan’s stories about his failures and successes in his garden connect well with many of our own stories. Many readers appreciate Pollan’s relatively “hands-on” philosophy of human-nature relations. But I also commonly get the question: “What does Pollan’s book have to do with religion and the environment? He has almost nothing to say about religion, so what is the connection to religion and environmental values in America?”

Part of the reason I use Pollan’s Second Nature at this point in the course is that the book, like the class, is an exercise in discovery more than truth-telling. Aldo Leopold’s environmental ethics classic, A Sand County Almanac, succeeded in inspiring environmental values where much of Leopold’s earlier scientific writing had failed; Leopold allowed the reader to learn how he had developed his own views through experience and failure.[1] Pollan takes a similar approach, so it’s an easy book to read; he skillfully deals with a number of significant questions in environmental ethics.[2] Most importantly, Pollan critiques what he calls the “wilderness ethic” that has characterized a fair amount of American environmental thinking, and – by sharing his own story of learning to garden – he commends a “gardener’s ethic” as more suited to our times.

Pollan takes on no less than Henry David Thoreau and the romantic vision of nature he painted in his writings. Pollan recognizes that truly “pristine” wilderness no longer exists and points out that the bean field “weeds” that Thoreau poetically defended as wild were actually exotic invaders. Pollan is intent on countering romantic, hands-off alienation from nature and what he sees as human alienation from our own nature, which is to be hands-on gardeners.

More important for our purposes, however, is Pollan’s narrative style. He does not attempt to make a watertight, lawerly argument to end all arguments; rather, he invites the reader into his story, his world, his garden like a friend and is honest about his own prior notions, failings, and lessons learned the hard way.[3] He memorializes many good practices he learned from his grandfather, a developer and gardener, but updates them for his own life as an environmentalist and gardener. Along the way, Pollan provides suggestions for how American culture might more fruitfully shift its affections and loyalties from a consumer/developer model to a citizen-of-nature model. Leopold would no doubt approve.

It is this approach of Pollan’s that we will build upon in this chapter and the next, but first there are other points to emphasize from Second Nature. Pollan offers his gardener ethic as a cure for environmental failings in our culture. He blames romantic, “wilderness ethic” notions of nature that Americans inherited from Thoreau as asserting a separation between nature and culture. By assuming that humans were not themselves a good part of nature, but instead must be separated from true nature/wilderness to restore nature to harmony, Pollan remarks that Americans became good at protecting the “sacred 8 percent” of land that is set aside as wilderness but lost the conviction to “prevent us from doing a great deal of damage to the remaining 92 percent.” Pollan says a wilderness ethic “taught us how to worship nature, but it didn’t tell us how to live with her. It told us more than we needed to know about virginity and rape, and almost nothing about marriage.”[4]

Pollan opens a line of critique that might have connections to religion. This commentary about purist ideals that focus us strictly on the extremes but leave us less equipped to cultivate balanced daily norms suggests a somewhat puritanical ethos underlying the wilderness ethic. Perhaps for the earliest “American” Puritan European settlers, whose survival was greatly in question and who likely lived in great fear of whatever lack of vigilance might deliver their demise, it was appropriate to attend to extremes. But for Americans who now live in a greatly subdued wilderness – where death by the claws of wild (non-human) predators or exposure to elements is significantly outpaced by death at the hands of vehicles, guns, economic distress, or diseases – it seems an extreme wilderness ideology has outlived its usefulness. There may be echoes here to my comments about the creation stories in Genesis and the instructions there to “fill the earth and subdue it, and have dominion over the creatures” – the survival value of these instructions is more compelling for the first humans who were vastly outnumbered by the swarms of other creatures described in that story. Later, once the land is “full” of people, that sort of imperative might seem dysfunctional.[5] These sorts of ideas about how people might be suited to relate to nature, whether religious or not, can have persuasive and historical impact, as ideas evolve to meet the challenges of any particular time.

In contrast to the negative view of humans that the wilderness ethic and the American environmental movement has often espoused[6], recall that the “re-origins” flood story makes critical revisions to the biblical commentary of what people are for. It concludes with God’s repetitive, dramatically emphasized covenant that makes absolutely clear that God cares for and covenants with humans and with all life, with all of nature (Gen 9:11-17). The text highlights this God-human-creation link six times, perfectly echoing the number of times God saw at creation how good creation was (Gen 1). And in contrast to the wilderness notion that humans are not good partners or parts of nature, the biblical story asserts that humans are meant to be a key part of what makes all of creation very good. Pollan highlights that contingency in nature – the fact that all manner of forces influence what thrives and perishes – is “an invitation to participate in history. Human choice is only unnatural if nature is deterministic… ” If nature will be “the product of myriad chance events, then why shouldn’t we also claim our place among all those deciding factors?…If our cigarette butts and Norway maples and acid rain are going to shape the future of this place, then why not also our hopes and desires?…” Pollan concludes that nature “is evidently happy to let the free play of numerous big and little contingencies settle the matter. To exclude from these human desire would be, at least in this place and time, arbitrary, perverse, and, yes, unnatural.”[7]

This is Pollan’s message for humans to embrace their own nature, their calling as gardeners, and to avoid an unnatural situation of imagining ourselves outside of nature – de-coupled and divorced from nature, only capable of destruction – such that we have to exclude ourselves from it to imagine nature as good. Given the goodness attributed to all of creation – including humans – in the biblical creation accounts, such a separation seems unforgiven, cursed, focused on human depravity rather than human wisdom, care, and faithfulness – perhaps there are some deep theological issues underlying some of these impulses.[8] It is curious that most environmental criticisms of Genesis are focused on the dysfunctional human themes that Genesis itself critiques; yet, these criticisms ignore how the biblical accounts reconcile and move beyond those human problems.[9] Pollan’s more gracious approach to the possibility of human goodness as a gardener moves us out of a mainly negative view of the human role in nature. Maybe the Genesis accounts of creation (and the relations of people to God and creation commended there) have been arguing for a Pollan-esque gardener ethic all along.

A final point of note in Pollan is what he calls the either/or tendencies of our culture:

“All or nothing,” says the wilderness ethic, and in fact we’ve ended up with a landscape in America that conforms to that injunction remarkably well. Thanks to exactly this kind of either/or thinking, Americans have done an admirable job of drawing lines around certain sacred areas (we did invent the wilderness idea) and a terrible job of managing the rest of our land. The reason is not hard to find: the only environmental ethic we have has nothing useful to say about those areas outside the line. Once a landscape is no longer “virgin” it is typically written off as fallen, lost to nature, irredeemable. We hand it over to the jurisdiction of that other sacrosanct American ethic: laissez-faire economics. “You might as well put up condos.” And so we do. – Pollan, p. 223

One positive sign since the time Pollan wrote these lines – perhaps evidence that something like his gardner ethic has begun to take hold – is the rise of the field of ecological restoration. Indeed, as Pollan would applaud, we now see increasing investment in the training and employment of professionals who observe a great respect for ecology and land; apply their knowledge and training to repair and enhance degraded natural systems; and design urban and suburban systems that are more and more in line with natural, sustainable processes. I suspect Pollan sees this as very good.