5.1 Standing on the Shoulders of Mentors 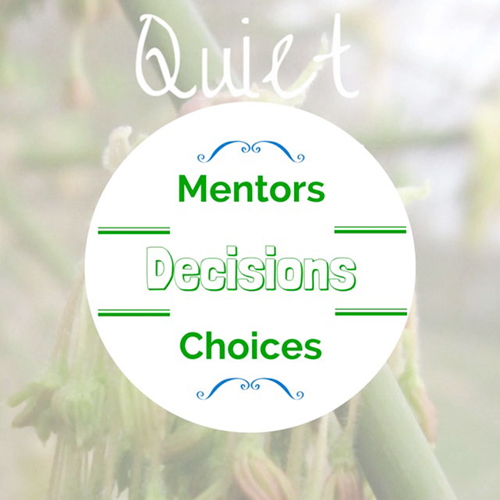 Since using a workshop model in my teaching, not only has my own writing evolved, but so has how I read others’ writing. Katie Ray has been one influential mentor in the work I do with young writers. She says, “In an inquiry stance, teachers help children explore these different alternatives for how to write something, and they let them do what writers really do, make decisions about how their pieces will go.” Ray, 2006) A foundational part of my workshop is beginning a genre study by immersing students in the type of writing we will be doing. We examine texts through the lens of inquiry, meaning we ask questions like:

With digital writing, we need to think with words, of course, yet we also need to begin thinking like artists, web designers, recording engineers, photographers and filmmakers. (Hicks, 2012)

We spend time reading these examples carefully in order to construct generalizations about the genre, identify craft decisions the author makes, and clarify the effect those decisions have on us as readers. It’s not unusual to see various charts hanging in my classroom with all of this information compiled for students to refer back to in their writing.

After reading Troy Hicks’ book, Crafting Digital Writing, my thinking as well as my practice evolved. He says, “The type of craft elements we insist our students create in their alphabetic texts can be complemented, – or better yet, extended – by the types of craft elements we can use given the availability of digital writing tools. With digital writing, we need to think with words, of course, yet we also need to begin thinking like artists, web designers, recording engineers, photographers and filmmakers. (Hicks, 2012) As I thought about this quote, my inquiry into writer’s craft shifted from being focused on just print based text; I also began to look at web based text and multimedia pieces with a more discerning eye. I was looking at them as I looked at print based text. I began to notice things like white space in blogs, the choice and placement of images in web sites, the emotional response evoked from the audio of a video, or the technique of using hyperlinks strategically. As Troy indicates, the availability of digital tools can complement or even extend the craft moves authors can use when composing digital texts. This understanding, combined with my belief in the importance of using mentor texts to study craft, my practice evolved. I began to delve more and more into studying the craft elements of digital writing with my students using digital mentors. As a result, my students became more aware of:

In addition, the more I delved into digital writing with my students, the more I realized that I had to give them the opportunity for choice that I had as a writer. While I always gave students choice in topics, I did not give them choice in how to create or publish their work. For example, if we were doing a genre study on personal narratives, each child wrote about a topic of his choice, but everyone in the class published the same way. Each child made a book at the schools’ publishing shop or everyone made a poster to show their learning after researching a topic. Even as I began to incorporate more technology into my writing workshop, I still wasn’t giving much choice in creation and publication. I was a teacher who did what I’ve heard called “event technology” where I wheeled the laptop carts down to the room and everyone did the same project based on something I planned for them to do.

It was then that I had an aha moment realizing that my focus had been more on learning the tool than thinking like digital writers. I realized that I had to change my instructional framework when students began asking if they could use one of the three desktop computers to write a blog, or if they could continue working on the story they’d started at home. I saw students who previously hadn’t been very excited about writing show an excitement that I hadn’t thought possible. I needed to step back from making all the decisions for my students. I knew that it was important to provide them with time to explore and discover with some guidance.

My focus on tools then shifted; now the tools became a way to help students put it all together. I chose a few core tools that allowed students to do the work of digital writers. They learned the features and purpose of each, which enabled them to make decisions based on their purpose. As their repertoire of strategies and craft moves grew, so did their independence. They began to create pieces based on decisions they deemed appropriate for their audience and purpose. They weren’t afraid to take risks and try new things that they observed in other digital pieces. As a result the quality of their writing evolved and became more sophisticated. By focussing on the craft of digital writing and not the tools, I was able to help my students think like web designers, filmmakers and sound engineers. Throughout this chapter, I will describe the journey my students and I had as we learned to make these purposeful decisions as digital writers.