Over the years, psychological principles have contributed to the development of many theories about substance use disorders and addiction. Learning theories represent one set of psychological principles that have had a strong influence on our understanding of the causes of addiction, as well as informing some of our intervention strategies. Relevant learning theories include both operant and classical conditioning principles.

The classical conditioning process helps explain why stimuli in the environment or sensations originating from inside the body often trigger a person’s craving for a substance. Certain areas of the brain may be triggered just by seeing the paraphernalia used to administer a drug, inducing an intense craving for the drug. This is no different, really, from Pavlov’s dogs learning to associate food with the ringing of a bell through classical conditioning, and drooling over the previously irrelevant sound. The craving trigger stimulus from the environment might involve any of the five senses: hearing, seeing, touching, smelling, or tasting. Or, craving may be triggered by familiar internal states (like anxiety, depression, loneliness) that were previously alleviated by taking drugs.

Operant conditioning is all about rewards and punishments. A person might use a drug for the first time and enjoy the feelings it creates, which is a positive reinforcement for the behavior. Similarly, the person might find that the drug decreases a negative feeling like pain, low mood, or anxiety. This, too, would be reinforcing—what we call negative reinforcement. These basic learning theories are taken a step further with an understanding of social learning theory. A person does not necessarily have to experience the rewards and punishments themselves; learning also happens by watching others engage in the behavior and seeing what happens to them. 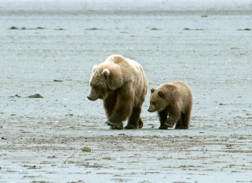 Through observational learning, we learn to imitate both the precise behaviors and general classes of behavior modeled by others in our social environment. In other words, a person might not imitate a parent who uses alcohol for relaxation from stress (the specific or precise behavior) but imitates the general class of behavior being modeled by using marijuana this way.

This concept leads to another set of psychological principles in addiction: drug or alcohol expectancies. Expectancies are the set of beliefs individuals develop regarding how using these substances might affect them. A person develops expectancies from many sources: other people, television, movies, music, news, social media, and others, including their own personal prior experiences with the drug.

Even young children have been shown to develop both positive and negative expectancies about the outcomes of drinking alcohol (Donovan, Molina, & Kelly, 2009).

Simply put, alcohol or other drug use is more likely if positive outcomes are expected than if negative outcomes are expected. Results from the 2016 Monitoring the Future study of middle and high school students are informative here. The students were asked to rate the harmfulness of various substance use behaviors in terms of how much they believed a person risks self-harm (physical or other ways) by using specific substances. Figure 1 shows a portion of the results from the 8th, 10th, and 12th graders. As you can see, the students expected less potential harm with an experimental trial of these substances (once or twice) compared to occasional or regular use. They also distinguished between the potential harm of using different types of substances, especially they viewed alcohol and marijuana as being less harmful than the other substances. This estimate of harmfulness represents an expectancy related to using these substances in the described patterns.

Research suggests that when a person learns something while under the influence of a drug, it is possible that they will not be able to retrieve what they learned later, when the person is in a sober state—there simply will not be enough retrieval cues available to trigger the recall. This information processing framework not only has tremendous implications for how individuals function when taking psychotropic substances, but also how they often have to re-learn many things once they enter into recovery or quit using after a period of regular use.

Past clinical literature includes discussions about the “addictive personality.” This concept presumes the existence of specific personality traits that characterize individuals who develop substance use or addiction disorders. The idea is that people are predisposed to developing addiction based on specific personality traits (in much the same way we might theorize a predisposition based on genetics). While there may be some characteristics commonly observed in the population of individuals with substance use disorders, the evidence does not support there being a universal set of personality traits or a personality type associated with addiction—evidence for the existence of an “addictive personality” type does not really exist (per Szalavitz, 2016 citing an interview with George Koob, director of the National Institute on Alcohol Abuse and Alcoholism). An argument discussed by Szalavitz (2016) is the observation that 18% of persons with an addiction also have “a personality disorder characterized by lying, stealing, lack of conscience, and manipulative antisocial behavior.” While this rate of 18% is more than four times the rate seen across the general population, it still means the 82% of people experiencing addiction do not fit that characteristic. This is the case with study after study of personality traits. The population of people experiencing addiction is tremendously diverse and heterogeneous on all fronts: demographics and personality alike. This also means that pretty much anyone, regardless of personality type, could potentially develop an addiction if the right (or wrong) combination of factors come together.

There are psychodynamic, attachment theory, and self-medication perspectives about addiction to consider, as well. These psychological approaches suggest that a person uses drugs to fill a terrific void in their emotional lives or as a means of quieting voices of inner conflict. A person might be using the drugs to find relief from physical or emotional pain.

These are called self-medication theories. In this line of thinking, a person uses substances to avoid or blunt their negative or disturbing feelings, as in the Pink Floyd song lyrics: “I have become comfortably numb.” The underlying basis for the pain that is being medicated is usually attributed to trauma—adverse childhood experiences (ACES), sexual or violence trauma as an adult, or other experiences associated with post-traumatic stress. We do know that trauma experiences and post-traumatic stress disorder (PTSD) are commonly reported among women and men with substance use disorders (we will learn more about this in Module 14 when we talk about co-occurring problems). However, it is a gross oversimplification to attribute this association to self-medication efforts. The aftermath of trauma is complex and variable, involving changes in (1) neurological pathways–especially the amygdala that we studied in Module 3, that keeps signally the presence of threat long after the threat is past, (2) changes in biology, and (3) changes in how a person interfaces with the social environment. Furthermore, trauma is often a consequence of substance misuse, not only an antecedent. Regardless, practitioners are now very aware of how important it is to screen and assess for both PTSD and substance use disorders, and to treat both issues together if they co-occur.

The remaining readings in this module elaborate further about these psychological models and theories.

Ch. 1: Introduction to Psychological Models of Addiction by Audrey Begun is licensed under a Creative Commons Attribution-NonCommercial-NoDerivatives 4.0 International License, except where otherwise noted.