The majority of journalists and public relations practitioners use AP Style, based on the Associated Press Stylebook. As the foundation for journalistic writing, this style focuses on achieving the best possible accuracy and consistency to make content easily read and understood by readers. This translates to the public relations arena because:

Many public relations agencies and corporations interviewing potential employees will require an AP style writing or copyediting test to ensure new hires come in able to write in this style from day one. 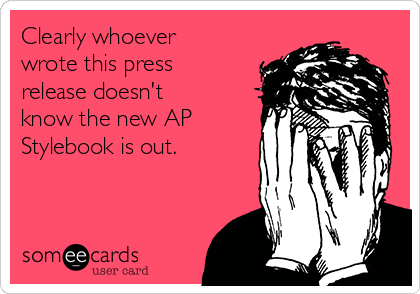 Know the Basics
It’s worth your time to learn the basics of AP style that will surface again and again in your writing.

There are a few guiding AP style rules to memorize, but keep a hard copy or online version of the book handy for reference when other questions emerge. Like the English language, there are exceptions to many of the rules, but a few of the often-used AP style standards include:

Every word has one and only one spelling.

Punctuate according to generally accepted rules.

In general, spell out zero through nine.

An updated version of the stylebook is published annually. Some years, the changes are minimal and other years they are more significant. Many times organizations will use AP style as their overarching style but customize specifics such as how to abbreviate the organization’s name or whether to capitalize the names of its boards or committees.