One of the organelles involved in degrading material is the lysosome. These structures are spherical particles about 0.5 μm in diameter bounded by a single trilaminar membrane containing (usually) homogeneous contents of variable density with a single layer of semipermeable membrane surrounding it. The pH within the lysosome is maintained between 4.5-5 for optimal performance of hydrolytic enzymes. The enzymes inside the intact lysosome are hidden from their substrates and are released when the membrane is broken by detergents, osmotic shock or freezing-thawing reactions. Because of this, the enzymes inside a lysosome are said to be latent. These enzymes synthesized in the ER and packaged in the Golgi apparatus. Material from outside the cell can be ingested through phagocytosis or pinocytosis and is digested by the lysosome. Similarly, the lysosome can digest material from inside the cell that is either no longer needed or degraded through a process called autophagy. This process allows for orderly digestion of cellular components without incurring damage to the entire cell. The digested components can then be recycled. 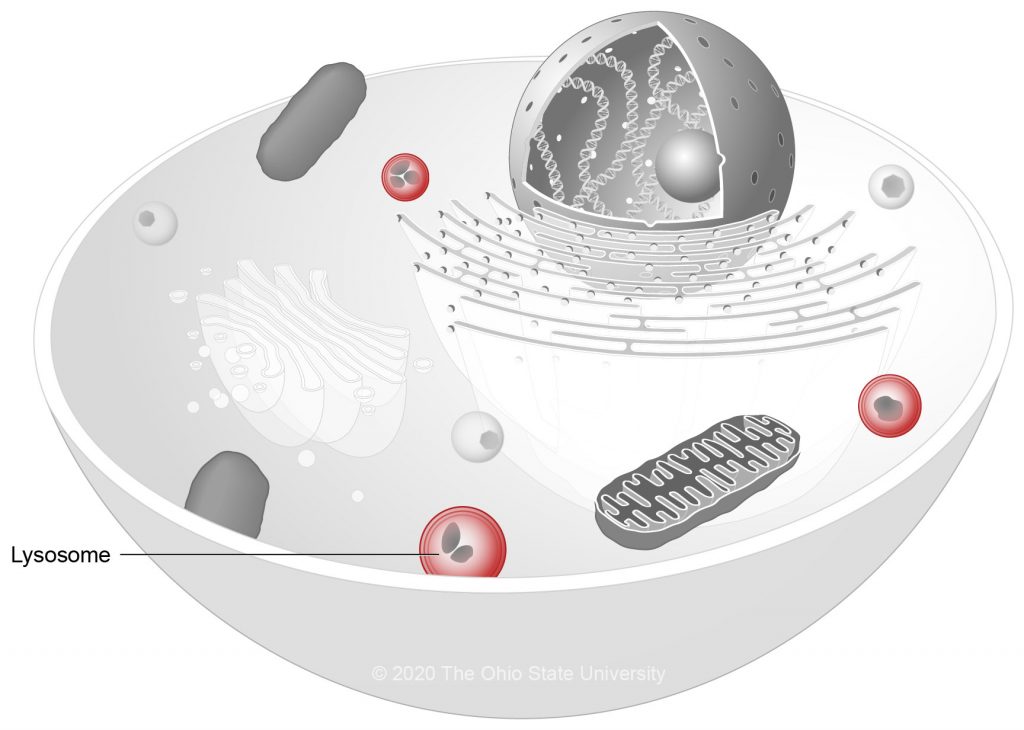 A second organelle involved in degradation is a peroxisome or microbody. These are 0.5 μm spherical membrane-bounded organelles that closely resemble a lysosome. Smaller “microperoxisomes” are found in some types of cells, e.g., intestine. These structures are small and spherical with a single semipermeable membrane. Unlike lysosomes though, peroxisomes have a crystalline core. Peroxisomes contain catalases and oxidases, which use oxidation to break down H2O2 and excess fatty acids. They also participate in the cholesterol biosynthesis. One of the enzymes involved, HMG-CoA reductase, is the target of the popular cholesterol-lowering statins drugs. Perioxisomes also are involved in the synthesis of bile acids and myelin lipids as well as the breakdown of excess purines to uric acid. 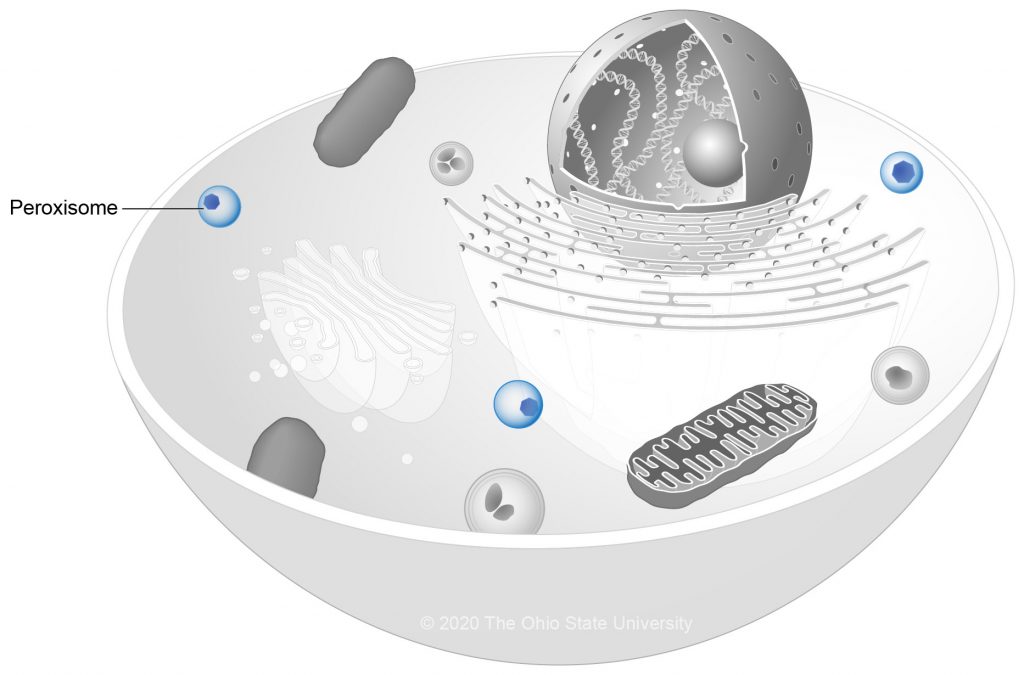