Microvilli are cell surface modifications which increase surface area of a cell without significantly increasing the size of the cell. Microvilli are often seen in organs where the epithelium plays a primary role in the absorption of molecules. Microvilli are supported by an actin microfilament network. Individual microvilli are difficult to individually resolve by light microscopy and often appear as a band running across the apical aspect of the cell layer. 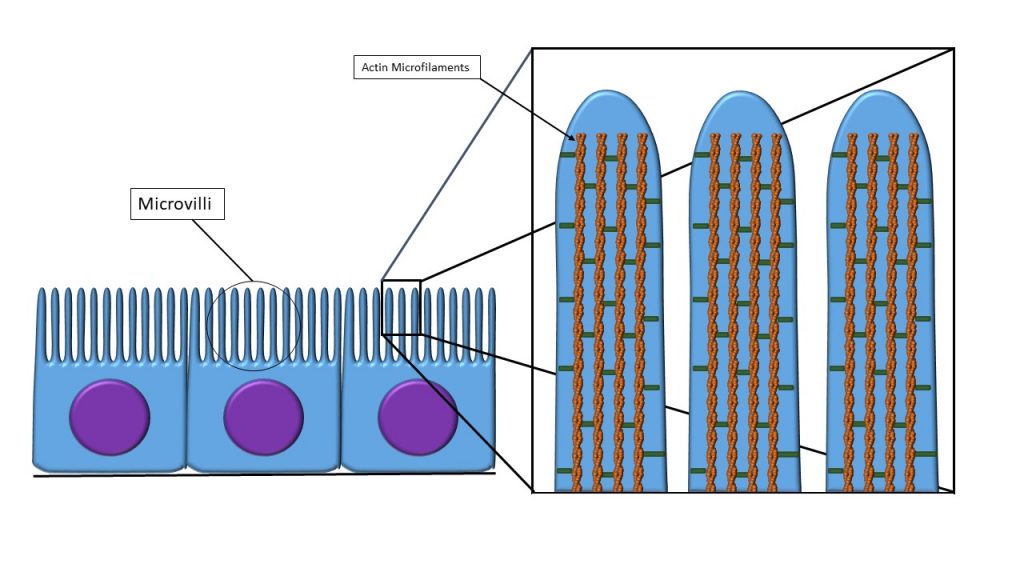 Cilia are projections and a type of organelle seen on the apical surface of epithelial cells. In many locations, they beat in a coordinated fashion. This assists in the movement of material over the epithelial surface in a manner parallel with the surface of the epithelium.

Cell connections or junctions are especially abundant in epithelial tissues. These structures consist of protein complexes and induce connectivity between adjacent epithelial cells, between a cell and the extracellular matrix. They can contribute to the barrier function of epithelia and control the paracellular transport.