The mammary gland functions primarily to produce milk and colostrum for neonates. However, there are many anatomic differences between the mammary glands of different species. This organ is composed of compound tubuloalveolar glands. The secretory component of these glands has two parts. The first part is composed of columnar cells that form the alveolar epithelium. The second part is composed of columnar cells forming the intralobular ducts. The cells typically exhibit apocrine secretion. Inactive secretory epithelium often has a lower profile or more cuboidal appearance. The space between alveoli and ducts is taken up by loose, well vascularized connective tissue. Myoepithelial cells or epithelial cells with contractile properties are present around alveolar structures. Sloughing epithelial cells, macrophages and much smaller numbers of other leukocytes are also seen. Concretions of casein and cellular debris also known as corpora amylacea can be seen in glandular structures. 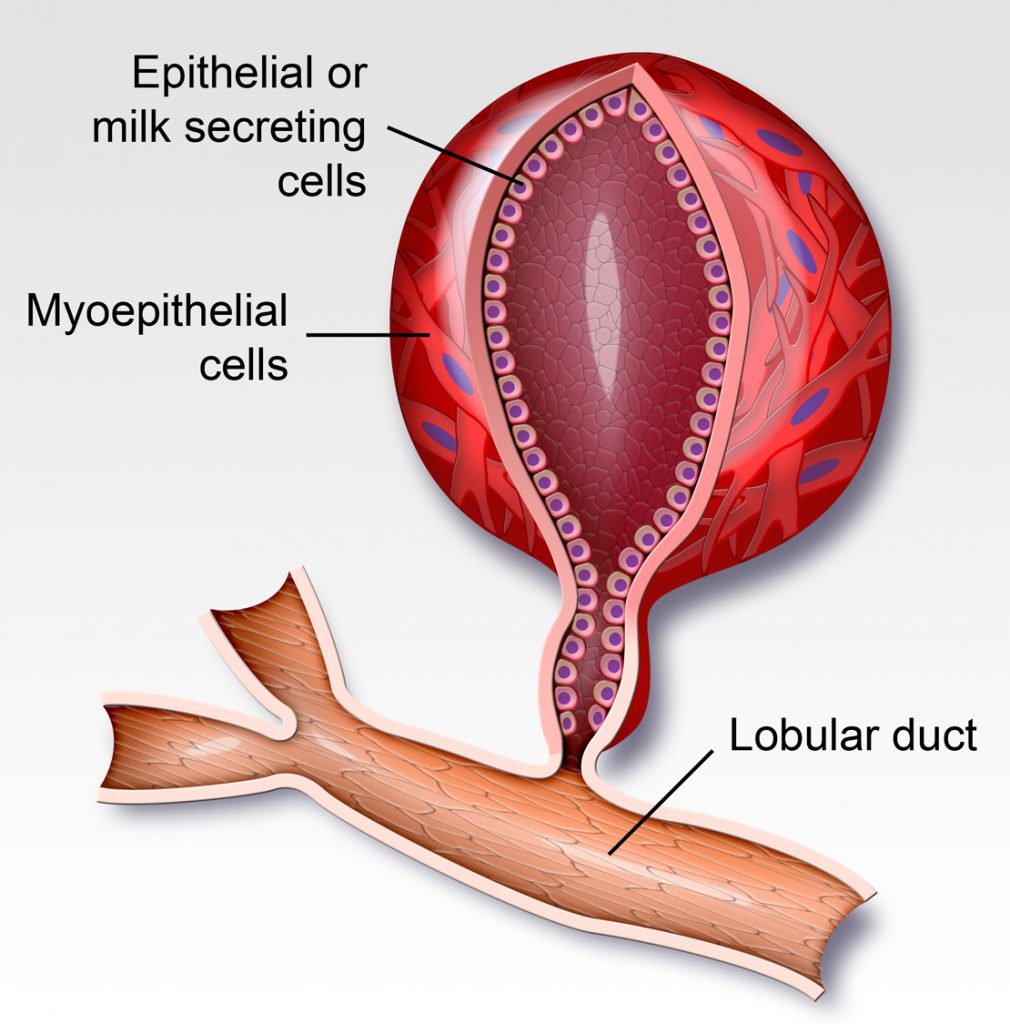 In lactating mammary glands, the number of alveoli is far greater than the numbers in inactive mammary glands. The inactive glands have large amounts of glandular tissue replaced by fibrous connective tissue and adipose. The larger ductal elements remain intact in these glands. 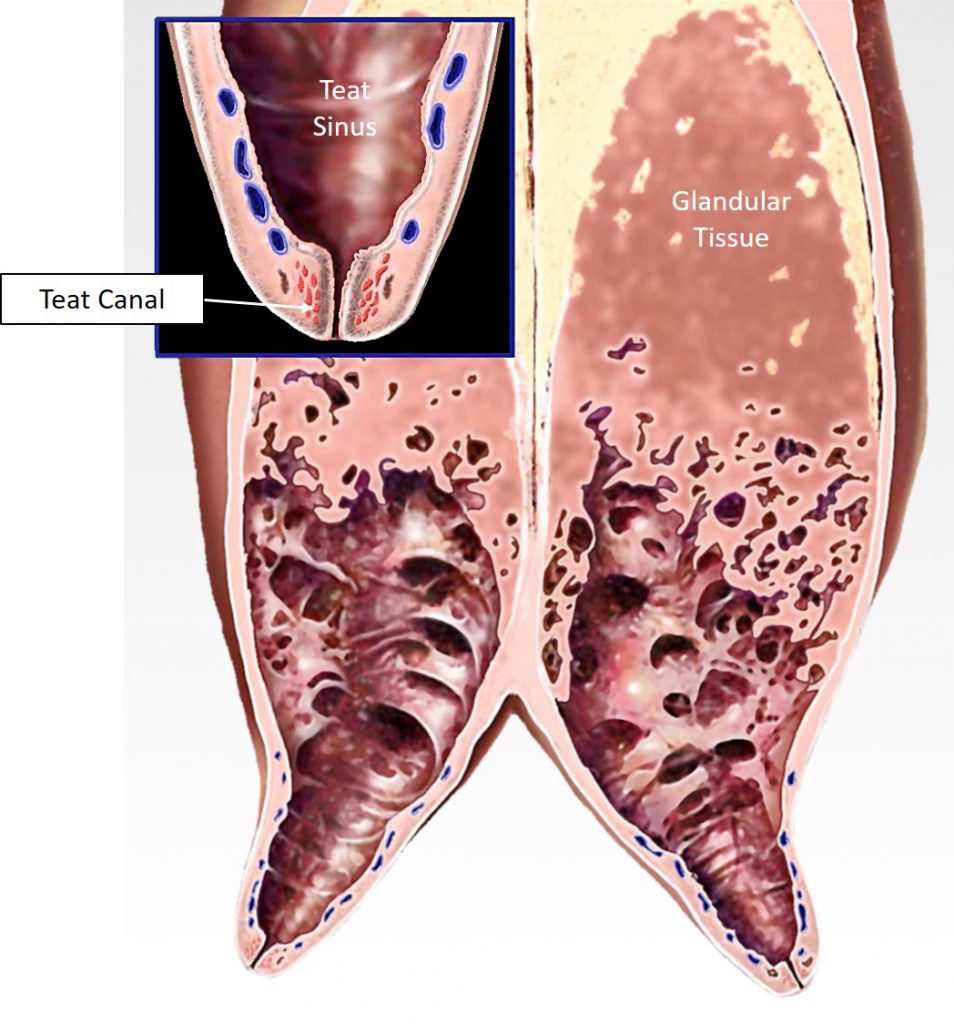