In contrast to most mammalian reproductive systems, the avian reproductive tract allows internal fertilization, but allows survival and development of the ovum outside of the body. Only the left ovary and oviduct are retained in the adult female animal. The avian ovary is not as compact as the mammalian ovary, but it does have a cortex and a poorly defined medulla. Ovarian follicles can reach a diameter of 30 mm, contain a single oocyte with a single layer of granulosa cells and a think theca interna and externa. A corpus luteum is not formed after ovulation.

The oviduct is divided into the infundibulum, the magnum, the isthmus and the shell gland. The infundibulum is the extension of the oviduct with a vascularized mucosa lined by pseudostratified columnar. The magnum deposits the egg white and is lined by ciliated and nonciliated columnar cells. The lamina propria contains branched tubular glands. The isthmus is responsible for formation of the shell membranes and is similar in structure to the magnum. The shell gland is essentially the avian uterus but does not allow for ova implantation. This organ is lined by pseudostratified columnar epithelium with sporadic ciliated cells. The avian vagina is similar in histologic structure to the shell gland and contains glands which store sperm in preparation for fertilization. 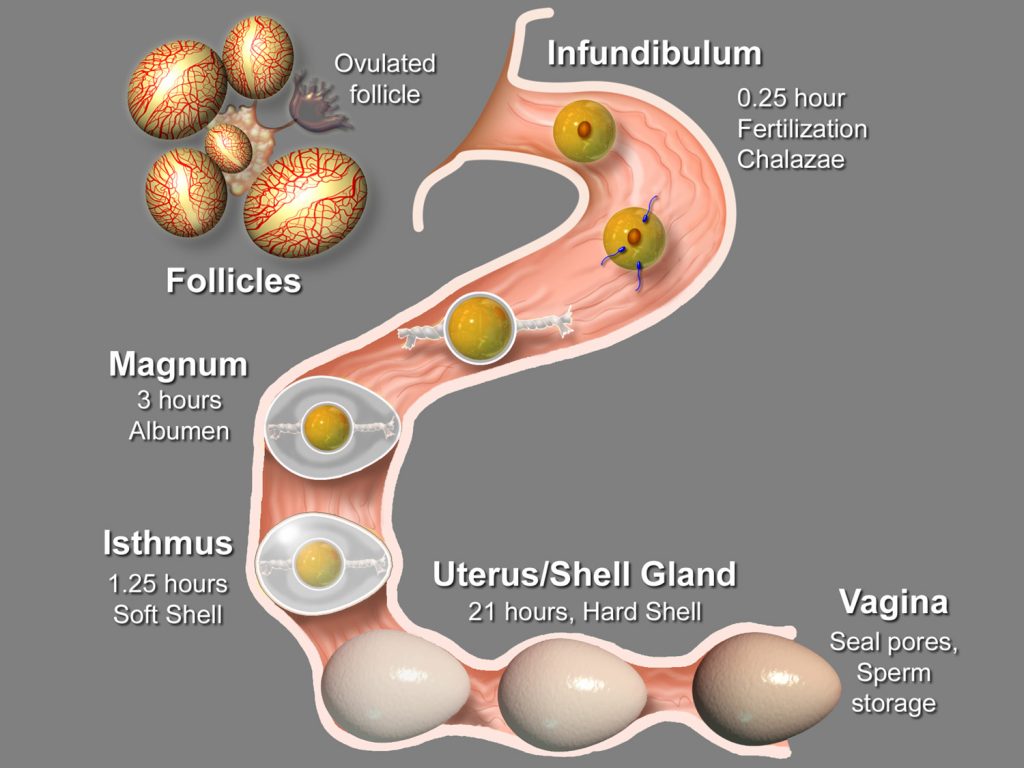