Bronchioles open into short segments called terminal bronchioles, which are thin-walled branches of the bronchioles.  Terminal bronchioles transition into respiratory bronchioles.  Respiratory bronchioles are lined by two types of epithelial cells: ciliated columnar cells and club cells (also known as Clara cells).  Histologically, club cells are cuboidal epithelial cells that lack cilia but contain microvilli (difficult to appreciate microvilli on histopathology).  Club cells are rich in cytochrome P450, an enzyme responsible for the biotransformation of inhaled and circulating toxins.  P450 is also abundant and highly active in hepatocytes, another cell type responsible for the biotransformation of toxins.  Secondary functions of the club cells include production of pulmonary secretions and as progenitor (proliferating) cells that may repopulate after cell loss and/or injury. 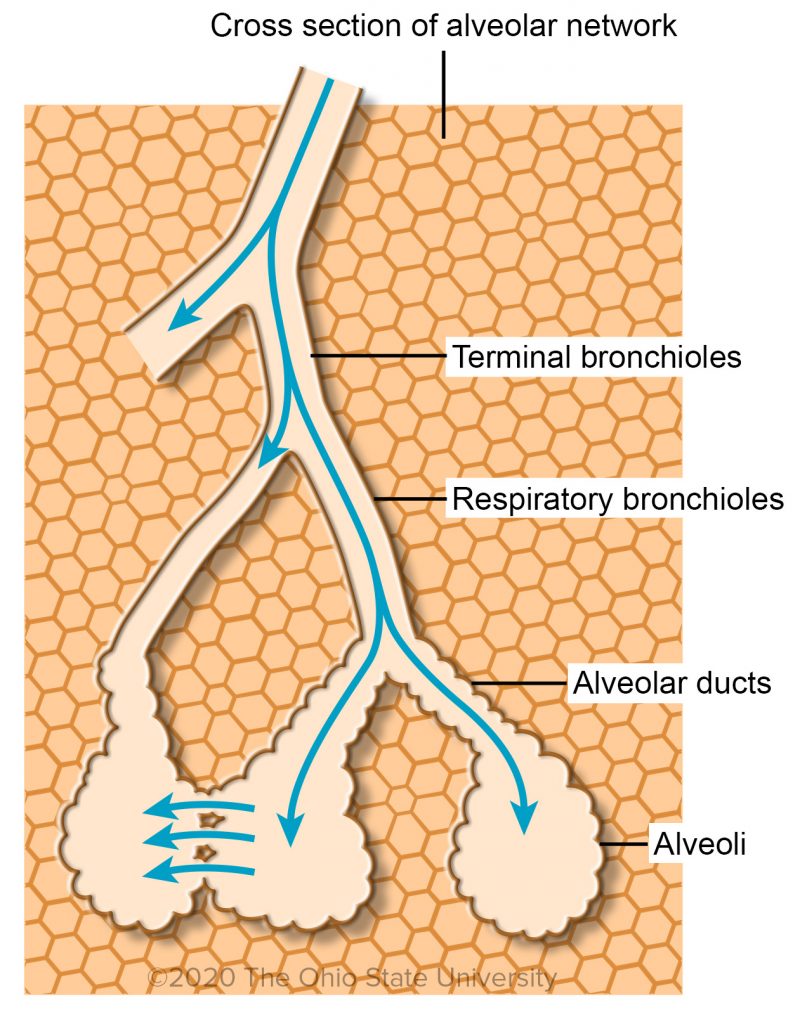 The walls of respiratory bronchioles are discontinuous, forming openings into alveolar ducts.  Alveolar ducts are conducting regions are lined by knob-like projections of cuboidal epithelium that cover small amounts of smooth muscle.  These projections of cuboidal epithelium are often located on either side of the entrance into alveolar sacs, which branch from the “walls” of the alveolar ducts.  Alveolar sacs are indistinct segments that open into individual alveoli.