The cortex of the kidney receives the majority of renal blood flow. The renal artery enters at the hilum of the kidneys and branches into the interlobar artery. The interlobar artery then travels between the pyramids and continues as arcuate artery, which arches along the corticomedullary junction. The interlobular artery is a stem off of the arcuate artery and travels through the cortex towards the capsule. 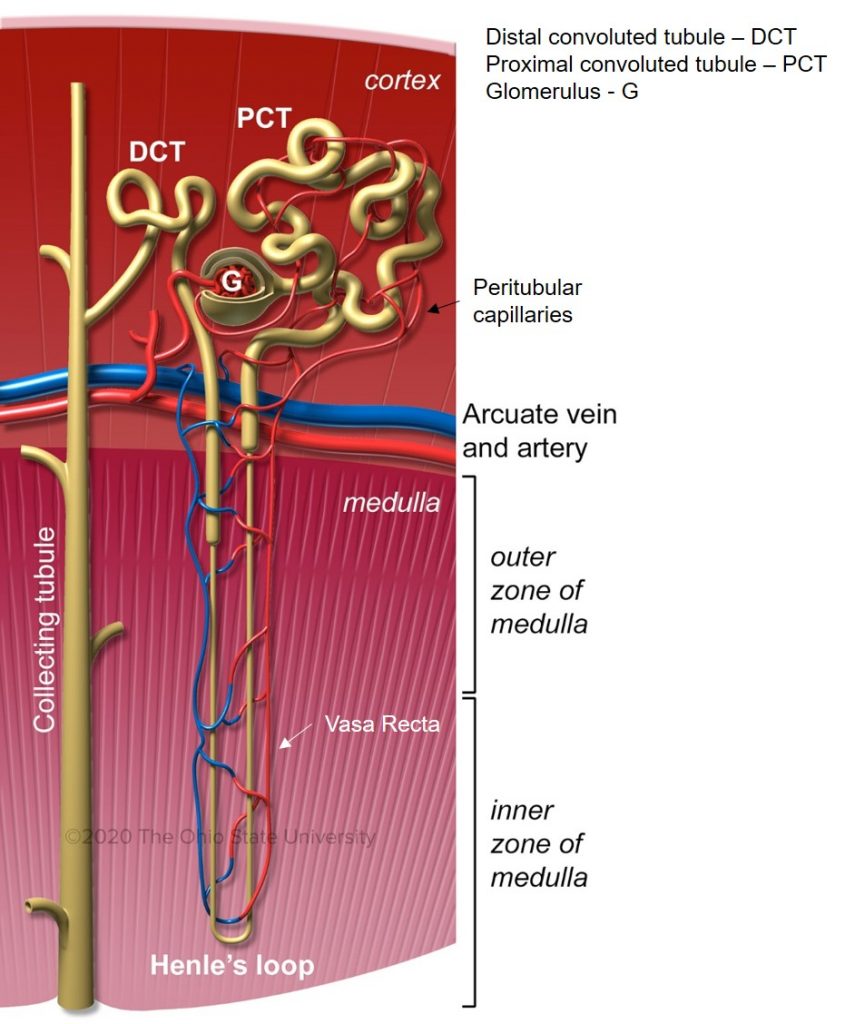