In order to adequately discuss the beginnings of computer graphics, we need to step back further in history and investigate a number of contributions that influenced the way we do things. Some of the innovations still are used in one form or another today.

Computing or calculating instruments date back to the abacus, used by early man to represent a positional counting notation that was used in counting tables, called abaci. They were really not calculators per se, but provided a technique to keep track of sums and carries in addition. Although the abacus existed as far back as 5 A.D. the abacus as we know it was attributed to the Chinese in 1200 AD.

John Napier in 1617 introduced a calculation aid for multiplication, called Napier’s Bones. They consist of a set of wooden rods, each marked with a counting number at the top, and multiples of that number down the lengths of the rods. When aligned against the row of multiples as shown in the photo below, any multiple of the top number can be read off from right to left by adding the digits in each parallelogram in the appropriate row. Multiplication is thus reduced to addition. 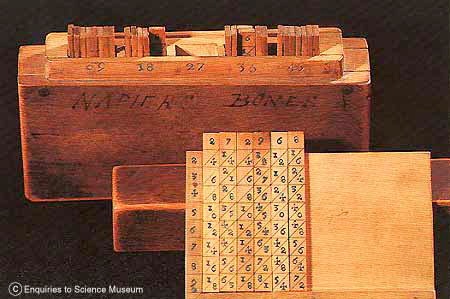 With a goal of simplifying calculations, Napier also introduced the logarithm, which was used in the first slide rule developed by Reverend William Oughtred in approximately 1622. Oughtred also was the first to use the “x” as the symbol for multiplication. Eric Marcott has an excellent website devoted to the slide rule, including operating instructions for various models. 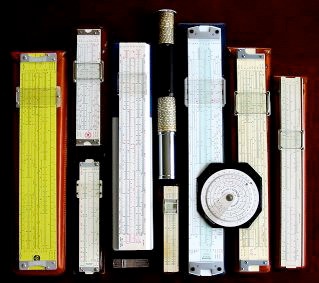 Several automatic mechanical “calculators” were built in the 1600s, including the Schickard implementation of Napier’s Bones, the Pascalene automatic adder, and the Liebniz automatic multiplier. Each of these devices was considered an “analog” device. 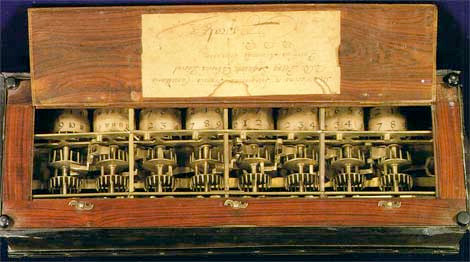