Pacific Data Images (PDI) was started in Los Altos, California in 1980, by Carl Rosendahl. He was soon joined by Richard Chuang (1981) and Glenn Entis (1982) and they moved to Sunnyvale.

Rosendahl contracted with Rede Globo in Brazil to develop software for their television promotions for the network, and designed some early show opens and specials. As a result, this helped finance the development of their software environment, which included an animation scripting language, modeling, rendering and motion design programs, all written in the C programming language. They started their production using DEC VAX systems, but were instrumental in introducing what was called the “superminicomputer” to the production world, in the form of the Ridge 32 computer. It was 2-4 times faster than the VAX 11/780 at a fraction of the cost, and its virtual memory allowed PDI to expand beyond the 2MB memory limitation of the VAXen. Much like Cranston/Csuri, PDI focused on direct to video production, as opposed to the film output that was being done at Abel and Digital Productions. While CCP used a modified Electronic Still Store (ESS), PDI modified the interface to a Sony BVH-2000 in order to do single frame recording. They also used an IMI500 for motion design. 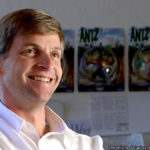 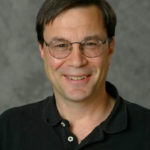 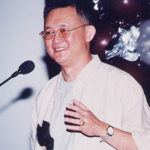 Some of the early production contracts included Globo, an Emmy award winning open for Entertainment Tonight (produced for famed promotion designer Harry Marks[1]), ABC Sports 84 Olympic promos, NBC News, the Doughboy for Pillsbury, Crest, and Bud Bowl, etc. While the early focus was on TV network productions (they captured over 50% of that market in 1985), PDI introduced the digital film scanning process in 1990, which they used to popularize automated rig removal and image touchup. They also were instrumental in introducing performance animation for theme parks, ads and movies, starting with a project (Waldo)[2] with Jim Henson Productions for a real time performance character.

Commercial popularity of morphing was helped along with a music video, Black and White, produced for Michael Jackson in 1990. They broke into the movie production business with contributions to such films as Batman Forever, The Arrival, Terminator 2, Toys, Angels in the Outfield, and produced the 1998 fully CGI hit AntZ. They also produced the Simpson’s Halloween Special Homer in 3D in 1995.

The strengths of PDI include character animation, lip synch, rendering effects, the aforementioned rig removal and cleanup, and performance animation. The industry has acknowledged that their employee-focused approach to business helped them succeed where others failed. PDI always had a history of letting their animators pursue individual projects and shorts, and they produced award winners in this category, including: Opera Industrial (86), Chromosaurus, Cosmic Zoom and Burning Love (88), Locomotion (89), Gas Planet (92), Sleepy Guy and Bric-a-Brac (94). 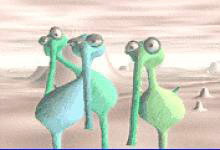 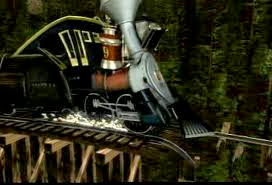 Entis left PDI for the game industry in 1995, joining Dreamworks Interactive (then Electronic Arts) as CEO. He earned a Scientific and Technical Award from the Academy of Motion Picture Arts and Sciences, was a founding board member of Los Angeles’ Digital Coast Roundtable, and was chairman of the Academy of Interactive Arts & Sciences. Carl Rosendahl sold his interest in PDI and left in 2000 to become managing director for Mobius Venture Capital and a board member of iVAST, an MPEG4 software company, and several other Bay Area technology firms.

In March 1996, PDI signed a co-production deal with DreamWorks SKG to create original computer-generated feature films, including Antz. In February 2000, DreamWorks acquired the majority interest in PDI to form PDI/DreamWorks. Under this union, Shrek, PDI’s second animated feature film, hit theaters in spring 2001, and Shrek 2 in 2004, and PDI also developed the movie Madgascar.

In November of 1998, Pixar released their hit movie about ants, called A Bug’s Life. But a little more than a month earlier, Dreamworks released their ants movie, called Antz (produced by PDI). As was often the case in the CGI world in the 1980s and 1990s, PDI and Pixar people were friends and healthy rivals, even co-sponsoring a famous party at the annual SIGGRAPH conference. So it seemed like more than coincidence that these two studios released a movie about ants at the same time. Peter Burrows of BusinessWeek writes about the ensuing controversy in his article Antz: vs Bugs: The Inside Story of How Dreamworks Beat Pixar to the Screen in the November 1998 issue.[3]