The University of Utah established one of the pioneer, and certainly one of the most influential computer graphics programs in the country when they asked David Evans (who joined Utah in 1965) to establish a program that could advance the state of the art in this new field in 1968. The computer science department had received a large Defense Advanced Research Projects Agency (DARPA) grant ($5M/year for 3 years) which resulted in the work of many faculty and graduate students who have pushed the CGI discipline to where it is today. In the words of Robert Rivlin in his book The Algorithmic Image: Graphic Visions of the Computer Age, “Almost every influential person in the modern computer-graphics community either passed through the University of Utah or came into contact with it in some way.” 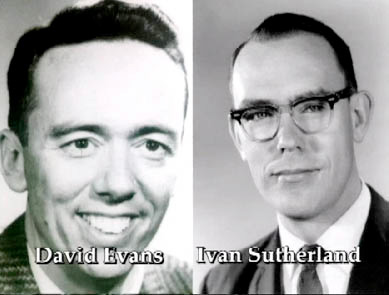 Evans joined with Ivan Sutherland, who developed Sketchpad at MIT (see Section 4.1) and later served in a position at the Department of Defense, to create an environment in which new problems in the discipline were proposed, and in which creative solutions were found. They later founded the Evans and Sutherland Computer Company to develop and market CAD/CAM, design, molecular modeling and flight simulators.

After the 1957 launch of the USSR Sputnik satellite in 1957, ARPA invested in programs across the country to investigate diverse areas of scientific advancement that could help the United States remain competitive in advancing technology. The funding that they provided the University of Utah, which was the fourth node on the infant ARPAnet, was to investigate how the emerging field of computer graphics could play a role in this technological competitiveness. Evans convened an “eclectic group of faculty and students” (in the words of Ed Catmull[1]) to comprise a research environment that could respond to the agency’s expectations. These researchers would define and address an astounding array of research problems in a relatively short period of time.

According to a summary of University of Utah documents[2]:

The powerful resources at Utah were instrumental in attracting the very best faculty, students and collaborators to work with Evans on his vision. In recruiting Ivan Sutherland, Evans planned both his department and a company (Evans and Sutherland (Chapter 13.3), founded in 1968) that could develop interactive graphics workstations. Sutherland and Evans scoured the research community to attract the best talent among the skill sets required to build these systems. From MIT, they recruited engineering and signal/image processing talent, including faculty Thomas Stockham and Chuck Seitz, and Ph.D. students Donald Oestreicher and Alan L. Davis. From Ecole Polytechnique and other universities in France, they attracted the mathematical talent of students Robert Mahl, Henri Gouraud, Patrick Baudelaire, and Bui Tuong Phong.

During the era of Evans and Sutherland, graduates of the Utah program made seminal contributions to rendering, shading, animation, visualization and virtual reality (notably the work of John Warnock in 1969, Henri Gouraud in 1971, Donald Vickers in 1972, Phong in 1973, Ed Catmull and Fred Parke in 1974, Henry Fuchs and Martin Newel in 1975, Frank Crow in 1976, Jim Blinn in 1978, Jim Kajiya in 1979, and many others). Additional graphics faculty hired during this time included computer artist Ron Resch (1970-1979) and Rich Riesenfeld, an expert in computer-aided geometric design (1972–present).

In 1968, the equipment needed to produce an image representation was significant: a mainframe Univac performed the computations to produce the image, it sent its result to a PDP-8, which through analog output lines sent the image to a Tektronix oscilloscope to draw lines. A camera then recorded the image, without the image ever being displayed on a screen. Color images required several photos, each with a different colored filter. John Warnock, who received his Ph.D. in 1969, developed the first scientific visualizations using this approach. After Utah, Warnock moved to Evans and Sutherland, Xerox PARC, and then co-founded Adobe in 1982.

The Utah Teapot is one of most iconic image in computer graphics. It was designed by Martin Newell, inspired by an actual Melitta teapot he purchased from a department store in Salt Lake City. Newell was a student of Evans, graduating in 1975, and then a member of the faculty from 1975 to 1977. Originally the teapot was sketched by hand using paper and pencil. Newell then edited bezier control points on a Tektronix storage tube. With this information he created a dataset of mathematical coordinates and a 3-D wire framing. The Utah Teapot was one of the first widely available and photogenic curved-surface 3-D models, an early high-quality virtual object. For this reason, it became a common benchmark model for image synthesis programs. 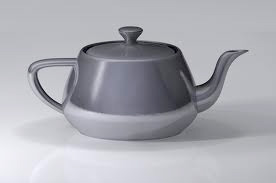 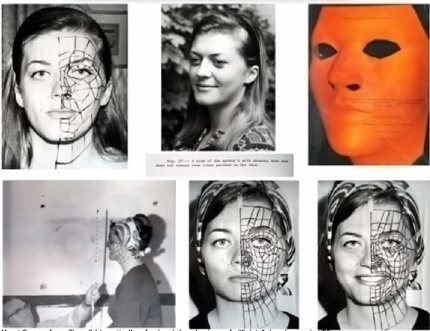 In 1972, Ivan Sutherland challenged his graphics class to choose something iconic to realistically render. The students selected the Volkswagen Beetle—as a symbol of global culture, because it was large enough to measure as a group, and because Ivan’s wife, Marsha, owned one. The students painted points and lines on the surface of the Beetle to describe a set of polygons. A volleyball stanchion and joints in the pavement formed a three-dimensional reference system. The points and polygons were rendered using hardware developed by 1970 Utah Ph.D. Gary Watkins to imprint shaded images onto a direct film recorder.[3] 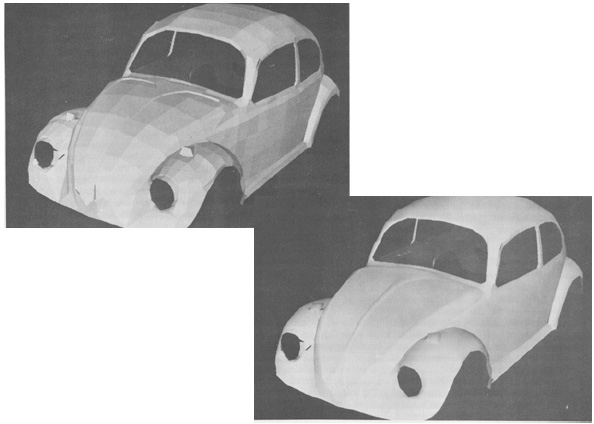 Also in 1972, Ed Catmull and Fred Parke, both students of Sutherland, made a video illustrating the process of modeling Catmull’s left hand and its use in animation. Catmull made a plaster mold, to which he then added points and polygons in a similar way. Catmull received his Ph.D. in 1974, and went on to help found Pixar. The video (below) has recently been added to the National Film register as one of the earliest fully rendered computer animations. Parke also used the technique for facial speech modeling.

Ron Resch was on the faculty at Utah, and was contacted by a friend from Canada to help with a geometry problem that was facing a sculptor who was designing a monument to the Royal Canadian Mounted Police in 1975. The idea was to create a large (25′) egg that was reminiscent of a pysanka, or Ukranian Easter egg. Resch used early CAD design software that was being developed in the Utah lab to create a design using 524 stars and 1108 equilateral triangles out of anodized aluminum that were assembled into the 3D egg. The sculpture is located in Vegreville, Canada.

Some of the many important algorithms and theoretical results to evolve from the research in the Utah CG group include:

and many others. Many of these algorithms have resulted in the generation of significant hardware implementation, including LDS-1, the SGI Geometry Engine, the Head Mounted Display, the modern frame buffer, flight simulators, etc. 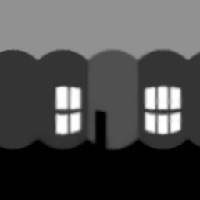 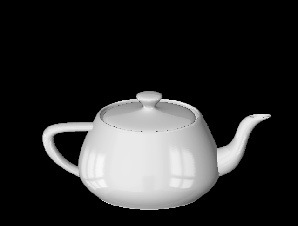 One of the early “motion capture” systems was developed at Utah by Robert Burton in Sutherland’s lab. Called the Twinklebox, the system used a collection of LEDs, which could be illuminated in rapid succession under computer control, and an elaborate scanning mechanism, consisting of a spinning disk with narrow radial slits and lenses. The scanning discs, positioned in the corners of the room, allowed the system to create a series of one dimensional scans of the environment, including the lights. Using a mathematical process, these scans were combined to determine 3D positions for each of the lights.

The early facilities at Utah included two PDP-10 computers, one of which used the TENEX multi-access system, while the other remained a single access computer. The head mounted display developed by Sutherland at Harvard was interfaced to the single access computer, as was the Twinklebox. A hardware implementation of the Watkins algorithm was used for display, and the LDS-1, developed by E&S was also connected to the PDP-10. This entire environment was connected to the new ARPA network.

A well known contribution of the Utah group was the Utah Raster Toolkit, developed by Spencer Thomas, Rod Bogart and John Peterson. The Utah Raster Toolkit was a set of programs for manipulating and composing raster images. The tools were based on the Unix concepts of pipes and filters, and operated on images in much the same way as the standard Unix tools operated on textual data. The Toolkit used a special run length encoding (RLE) format for storing images and interfacing between the various programs. This reduced the disk space requirements for picture storage and provided a standard header containing descriptive information about an image.

Individuals who were involved in the Utah program have established many leading companies in the graphics industry, including E&S, Silicon Graphics, Adobe, Ashlar, Atari, Pixel Planes, Netscape, Pixar, etc.

The Utah program later evolved into the Geometric Design and Computation group (GDC), established by Rich Riesenfeld and Elaine Cohen. The GDC was engaged in both fundamental and applied research in developing methods for representing, specifying, manipulating, and visualizing geometric models. The group had projects ranging from early conceptual design methods to innovative manufacturing processes and from detail modeling applications to large-scale assembly systems. Supporting these applications was fundamental work on surface and model representation, computational geometry, topology, differential geometry, and numerical methods.

One of the early premiere GDC efforts was the Alpha_1 modeling environment. Based on GDC project research results, the Alpha_1 system was an advanced research software base, supporting use and research in geometric modeling, high-quality graphics, curve and surface representations and algorithms, engineering design, analysis, visualization, process planning, and computer-integrated manufacturing. 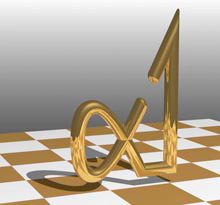 Solid models in Alpha_1 were represented by trimmed B-spline (NURBS) sculptured-surface boundary representations. That is, the surfaces of a solid were represented explicitly, and linked together by shared edges. It was implemented in C++, and provided both command-language and graphical, menu-driven interfaces. Much of the heart of the geometry was based on the pioneering spline work of Riesenfeld (Syracuse University) and the subdivision work of Riesenfeld, Cohen and others. 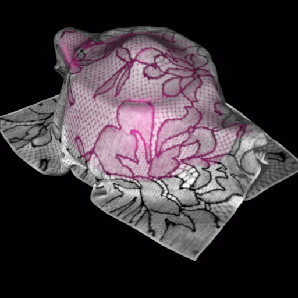 More about Alpha_1 can be found at