Evans & Sutherland, with its connection to the University of Utah, attracted a large number of the leading CG researchers of the late 1960s and 1970s. They developed algorithmic approaches to high performance image making, as well as the hardware workstations that could support the software. They developed the LDS-1 and LDS-2, followed by a line of graphics workstations, called the E&S Picture System. These were used by most of the CGI production companies through the 1980s. They also developed the CT-5 and CT-6 flight simulators. After many years of successful marketing , they changed the acronym of their simulation products from CT (Continuous Texture) to ESIG (Evans & Sutherland Image Generator) for their simulation product line.

E&S holds many CG related patents. In the late 1980s, they threatened a number of workstation manufacturers with patent infringement for a number of technologies, most notably clipping.

The following was excerpted from the E&S history page. (A more recent history can be found on the Funding Universe website at  http://www.fundinguniverse.com/company-histories/evans-sutherland-computer-corporation-history/ )

“For more than 30 years, Evans & Sutherland has been the power behind the scenes, providing complete visualization solutions for a wide variety of applications. Whether it’s for training simulation, education, entertainment, or business, E&S creates the technology that makes it come alive.

It was 1968 when Professor David Evans, founder of the University of Utah’s computer science department, convinced his friend and associate, Dr. Ivan Sutherland, to leave his teaching position at Harvard and join him in a new venture in Utah. That year, the two professors began a collaboration that would shape the history of the computer industry. Their collaboration, based on their theory that computers could be used interactively for a variety of tasks, became Evans & Sutherland Computer Corporation. Established in abandoned barracks on the campus of the University of Utah, the company began by recruiting students from the university and looking for new ways to use computers as tools.

Although E&S is hailed as a leader in computer graphics technology, David Evans contended that developing graphics was only part of the dream. In starting the company, he had a different idea: that computers were simulators. Simulators can replace real objects on occasions when a simulation can be built more cheaply than the physical model can be. “The company began with graphics because we thought they were an essential link between the human user and the simulation.”

The strongly academic environment surrounding E&S provided a uniquely creative and academic work environment that shaped and refined some of the most innovative minds in computer graphics. Many of today’s computer graphics visionaries began their careers at Evans & Sutherland. Industry leaders such as Jim Clark, who started Silicon Graphics, Ed Catmull, founder of Pixar Animation Studios, and John Warnock, president and founder of Adobe, trace their roots back to Utah and E&S and the tutelage of Dave Evans and Ivan Sutherland.

With its emphasis on computers as simulators, training became a natural market for E&S, so the company continued to develop and enhance its simulation systems. Then, in the mid-1970’s, E&S established a partnership with Rediffusion, a British simulation company, that gave E&S exclusive rights to provide visual systems for Rediffusion’s commercial flight training simulators. At one point approximately 80% of the world’s commercial airline pilots were trained on simulators using E&S visual systems.

Like the computer graphics industry as a whole, E&S saw significant growth and enormous change during its first 15 years. The company stayed on the leading edge of computer graphics technology as it broadened its product line of visual systems for simulation. And, using the technologies developed for simulation, E&S began exploring some new applications such as planetarium systems.

During that time, the company outgrew the barracks on the University of Utah campus, and E&S became one of the first residents of the university’s new research park. Employment continued to grow as the company’s business base grew. Then, in 1975, Ivan Sutherland left E&S to pursue other interests. He became a research fellow at Sun Microsystems, but he stayed on as a member of the E&S Board of Directors. 1978 marked another milestone for E&S when the company went public.

In the 1980’s, a worldwide recession and changing marketplace brought serious challenges to the company. But E&S continued to lead the simulation industry in providing the highest quality, most realistic visual systems in the world as it looked for new markets for its technology, such as digital projectors for planetariums and entertainment applications.

The early 1990’s were a period of change for the company as Dr. Evans retired. In 1994, James Oyler joined E&S as President and CEO. Under Mr. Oyler’s leadership, the company continued to lead the visual systems industry for both military and commercial simulation applications as it leveraged its technologies into entertainment, education and workstation applications.

The company’s businesses expanded to include visual systems for all kinds of military and commercial training, including systems for air, sea, and land simulation; digital theater products, such as planetarium theater systems, domed theater presentations, and digital projection systems; virtual set products for video and television producers; visualization products for land developers; and graphics acceleration products for professional workstations. 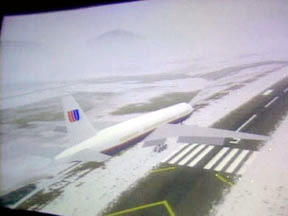 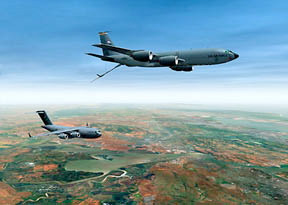 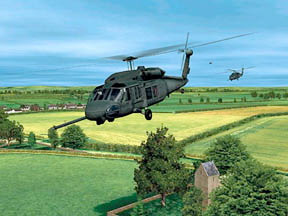 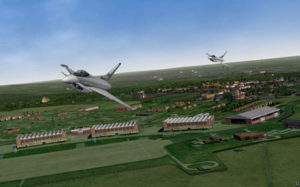 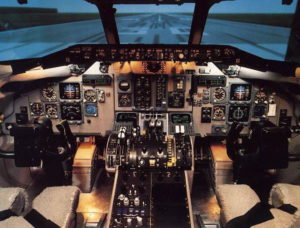 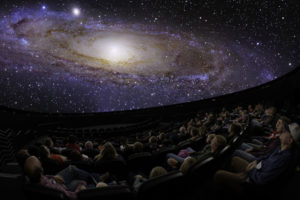 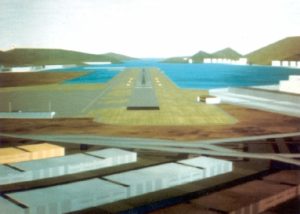 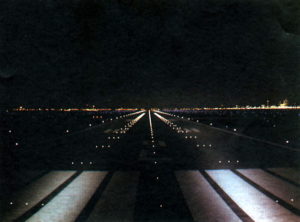 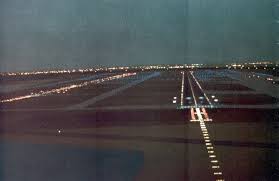