Bell Telephone Laboratories in Murray Hill, N.J. was a leading research contributor beginning with its founding in 1925, and contributed research in computer graphics, computer animation and electronic music starting in the early 1960s. Initially, researchers were interested in what the computer could be made to do in areas such as speech and communications technology, but the results of the visual work produced by the computer during this period have established people like Michael Noll and Ken Knowlton as pioneering computer artists as well as scientists. (See The Digital Computer as a Creative Medium, by Michael Noll, IEEE CG&A, 1967)

Physicist Edward Zajac produced one of the first computer generated films in history while at Bell Labs. His work was first publicized in 1963. The animation demonstrated that a satellite could be stabilized to always have a side facing the earth as it orbited. This film was titled A two gyro gravity gradient altitude control system. The composite shown here uses a block to represent the satellite, with each frame showing the positioning relative to the earth. 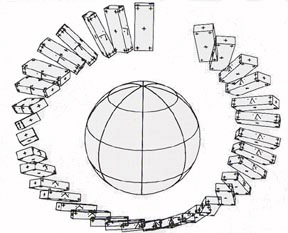 At about the same time Ken Knowlton and Leon Harmon experimented with human pattern perception and art by perfecting a technique that scanned, fragmented and reconstructed a picture using patterns of dots (such as symbols or printer characters.) Their Reclining Nude (a representation of dancer Deborah Hay) was submitted to one of the earliest computer art exhibitions, The Machine as Seen at the End of the Mechanical Age, curated by K.G. Pontus Hulten, at the Museum of Modern Art in 1968.

Ken Knowlton developed the Beflix (Bell Flicks) animation system in 1963, which was used to produce dozens of artistic films by himself and artists such as Stan VanDerBeek and Lillian Schwartz.

Ruth Weiss created in 1964 (published in 1966) some of the first algorithms for converting equations of surfaces to orthographic views on an output device. Her paper (Ref: Weiss, Ruth E., BE VISION, a Package of IBM 7090 FORTRAN Programs to Drive Views of Combinations of Plane and Quadric Surfaces, Journal of the ACM 13(4) April 1966, p. 194-204) was selected to be included in  a 1998 compilation by SIGGRAPH of the seminal papers in computer graphics.

The artistic/scientific/educational image making efforts at Bell Labs were some of the first to show that electronic digital processing (using the IBM 7094 computer) could be coupled with electronic film recording (using the Stromberg-Carlson SC-4020 microfilm recorder) to make exciting, high resolution images. With the dozen or so films made between 1962 and 1967, and the many more films after that, they also showed that computer animation was a viable activity. Zajac’s work, Frank Sinden’s films (eg, Force, Mass and Motion) and studies by Michael Noll in the area of stereo pairs (eg, Simulated basilar membrane motion) were some of the earliest contributions to what is now known as scientific visualization.

Noll and other Bell Labs researchers contributed some of the earliest computer artwork in the discipline, such as his Gaussian-Quadratic (1962), to the first formal exhibition of computer art in the United States in 1965. The exhibition was called “Computer-Generated Pictures” and was located at the Howard Wise Galleries in New York. Bela Julesz, also from Bell Labs, participated in the exhibition as well, showing his work in random dot stereograms. Later that year, Noll’s work from the Wise exhibition was shown at the Fall Joint Computer Conference (FJCC) of the American Federation of Information Processing Societies (AFIPS) in Las Vegas.

Some of Michael Noll’s early artwork revolved around an attempt to represent existing fine art on the computer. For example, one of his early computer generated images was a rendition of “Op-artist” Bridget Riley’s painting Currents, which Noll mimicked using a set of displaced sine waves.

He also “duplicated” Mondrian’s Composition with Lines, using visual representations generated with “random” numbers. The circular image was presented, along with a copy of the original, to a group of scientists at Bell Labs as a perception test. (The subjects actually preferred the computer generated version, which they also tagged as the most original.)

Movie 4.2 Scenes from The Artist and the Computer

This excerpt from The Artist and the Computer, a film by Lillian Schwartz, shows the computers and displays at Bell Labs. 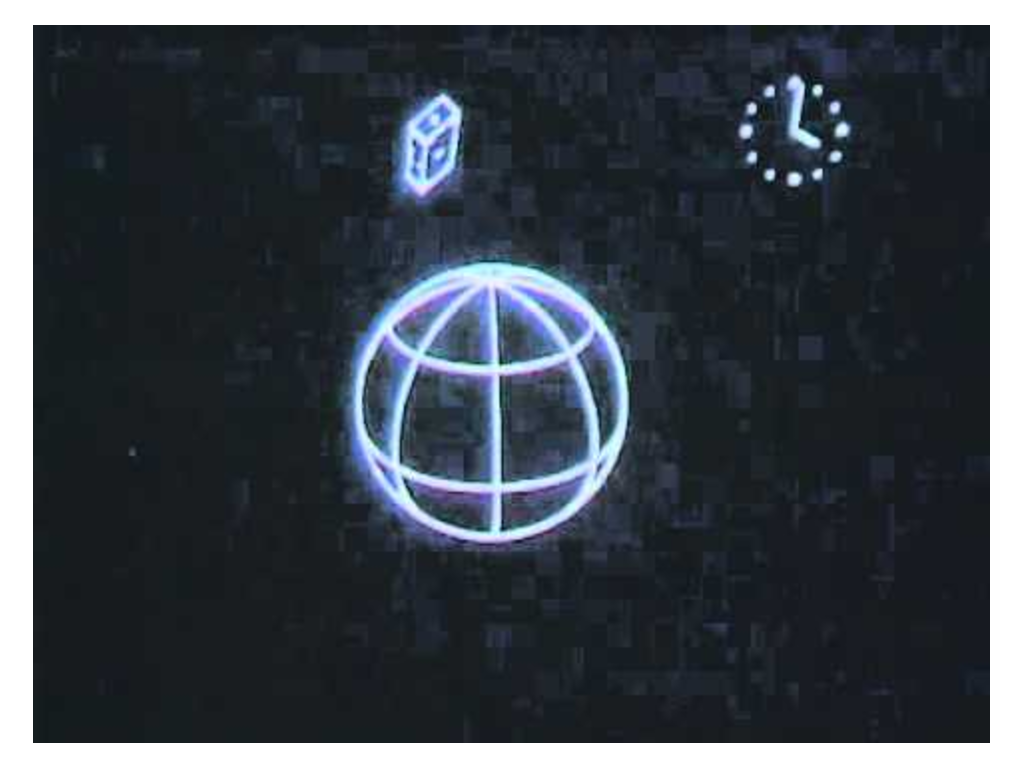 Noll, Michael, The Beginnings of Computer Art in the United States: A Memoir, Leonardo V27, #1

The Digital Computer as a Creative Medium, by Michael Noll, IEEE CG&A, 1967

Pioneering work in software for computer graphics and animation, mostly from an applications perspective, took place at Lawrence Livermore National Laboratories beginning in the early 1950s. Their interest in this technology was related to weapons research and areas such as particle dynamics and heat/fluid flow. They contributed immensely to the evolution of “big” computing, or what is now called supercomputing. George Michael, who started at the Lab in 1953 has put together an interesting oral history (although its coverage is much broader than CGI at LLNL) web page devoted to the story of the lab. It can be accessed at

Steve Levine of LLNL wrote a paper for SIGGRAPH 75 describing the graphics activities there during that period. In particular, LLNL developed a direct-to-video recording capability that could complement their film recording processes. This video preview system was cheaper than video laser recording, and provided a unique and affordable method for looking at the animation that was produced there, before committing the time necessary to put it on film.

In another part of LLNL, Nelson Max worked as a researcher in computer graphics and animation. Max later also became a professor at the University of California, Davis/Livermore. His research interests focused on realism in nature images, molecular graphics, computer animation, and 3D scientific visualization. He served as computer graphics director for the Fujitsu pavilions at Expo ‘85 and Expo ‘90 in Japan.

Nelson received his degrees in math from Johns Hopkins, and a PhD in topology from Harvard University. He was on the faculty at Carnegie Mellon in Pittsburgh, and Case Western in Cleveland and joined LLNL in 1977. His computer generated film from that year, Turning a Sphere Inside Out (International Film Bureau, Chicago, 1977) is one of the classic early films in the discipline. (See Max’s remembrances on the making of the film from the Annals of the History of Computing, and read his SIGGRAPH 75 paper here).

At LLNL he also produced a series of molecular structure animations that have served to show the role of CGI in scientific visualization and generated wide acclaim for him. The most famous of these are DNA with Ethidium and Intercalation with Doxorubicin/DNA. He was also instrumental in the success of the IMAX movie The Magic Egg shown at SIGGRAPH 84 in Minneapolis. 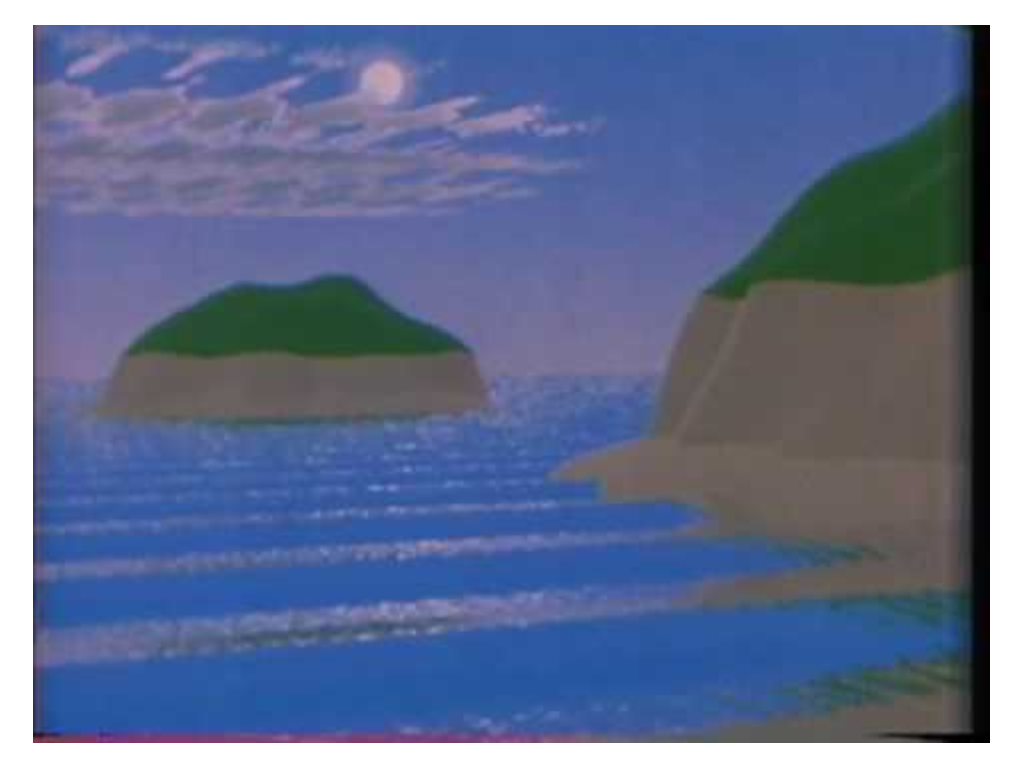