NASA’s requirements for flight simulators far exceeded the state of the art when the first astronaut crews reported for duty in 1959. Feeling obligated to prepare the astronauts for every possible contingency, NASA required hundreds of training hours in high fidelity simulators. Each crewman in the Mercury, Gemini, and Apollo programs spent one third or more of his total training time in simulators.

The primary simulator for the first manned spacecraft was the Mercury Procedures Simulator (MPS), of which two existed. One was at Langley Space Flight Center, and the other at the Mission Control Center at Cape Canaveral. Analog computers calculated the equations of motion for these simulators, providing signals for the cockpit displays.

The Gemini Mission Simulators used between 1963 and 1966 in the space program operated on a mix of analog and digital data and thus were a transition between the nearly all-analog Mercury equipment and the nearly all-digital Apollo and later equipment. Three DDP-224 digital computers performed the data processing tasks in the Mission Simulator. Built by Computer Control Corporation, which was later absorbed by Honeywell Corporation in 1966, the three computers provided the simulator with display signals, a functional simulation of the activities of the onboard computer, and signals to control the scene generators. Scene depiction in the Gemini era still depended on the use of television cameras and fake “spacescapes”, as in aircraft simulators. Models or large photographs of the earth from space provided scenes that were picked up by a television camera on a moving mount. Signals from the computers moved the camera, thus changing the scene visible from the spacecraft “windows,” actually CRTs. A planetarium type of projection was also used on one of the moving-base simulators at Johnson Space Center to project stars, horizon, and target vehicles.

The visual images for the Apollo trainers, and the later Shuttle and Skylab trainers, moved to an entirely digital control. Window scenes were entirely computer generated. Coupled with sophisticated image processing techniques, the simulations could not only represent the environment of Earth and near space, but also the surfaces and environments of the moon and Mars and other celestial bodies. 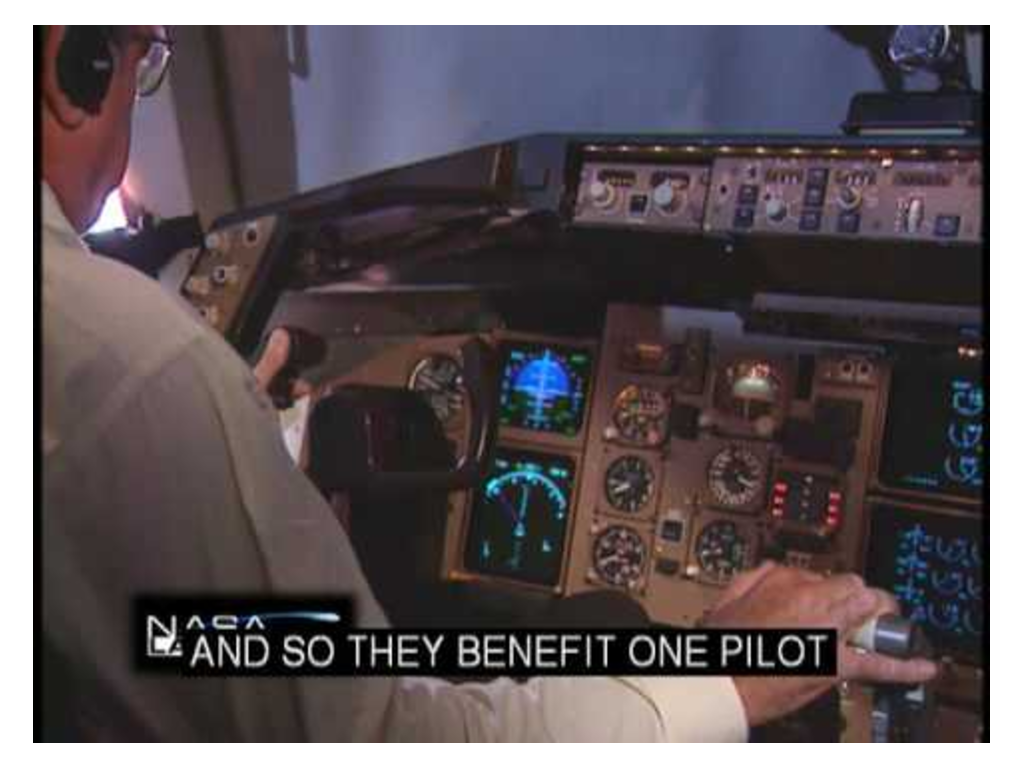