The Computer Science Department at Cal Tech was started in 1976 by Robert Cannon, then U.S. Assistant Secretary of Transportation for Systems Development and Technology. He organized a search committee to recruit top faculty to the new department, and one of his first recruits was Ivan Sutherland (who was appointed as the Fletcher Jones Professor of Computer Science). Jim Kajiya was recruited by Sutherland in 1979, and they were later joined by Al Barr and Jim Blinn, who with Kajiya formed the core of the Cal Tech research group in computer graphics, which was probably the most mathematically sophisticated computer graphics group in the country. The group developed fundamental mathematical approaches for computationally simulated physical objects.   Barr’s work in graphics was dedicated to creating a unified mathematical formalism for representing the shape and the behavior of objects. Kajiya was working toward connecting computer graphics principles to the basic equations of electromagnetism that govern the behavior of light. Blinn was recruited to Cal Tech as a half-time research fellow (later lecturer) by Sutherland. His primary interest was in the space program, and Blinn spent the other half of his time at the Jet Propulsion Laboratory producing animated simulations of the Voyager missions to Jupiter and Saturn.

Kajiya had a Utah PhD, but his fields of interest were very high-level programming languages, theoretical computer science, and signal processing. His interest in computer graphics began in 1981, after he presented a paper at the national SIGGRAPH conference on different ways of manipulating pixels (individual picture elements) to get a sharper image in the display of characters on CRT screens. Kajiya met Al Barr in the summer of 1983, when they were both speakers at the SIGGRAPH seminar on the state of the art in computer graphics. At that time Barr was senior research scientist at Raster Technologies, Inc. and was finishing his thesis at Rensselaer Polytechnic Institute. He was about to accept a faculty position at MIT, but Kajiya convinced him to come to Cal Tech instead.

Kajiya was also interested in anisotropic reflection, that is, reflection from surfaces such as cloth, hair, or fur.  They worked on the mathematical methods used for the what Kajiya called the “fuzzy object problem”, the simulation of hair, fire, fabric, and splashing water, as well as simulating the shapes and appearance of plants and animals. The group also produced 4 out of the 19 contributions to the 1985 Omnimax film shown at SIGGRAPH 95. Barr animated a giant school of graceful sperm cells swimming toward a looming, “undulating egg cell”, and JPL’s Jeff Goldsmith, with software by Kajiya and Blinn, contributed a fly-by of Saturn. The third film was a sequence based on the constellations, with software written by Blinn. Kajiya, with computer science grad students Tim Kay and Brian Von Herzen, together with help from Art Center students, contributed a 30 second animation of a flight into a space colony (which just happened to house the Cal Tech campus).

Other Cal Tech researchers besides Kay and Von Herzen included  Andrew Witkin, David Kirk, Kurt Fleischer, Ronen Barzel, David Laidlaw, John Platt and others. Jim Kajiya received the ACM-SIGGRAPH Graphics Achievement Award in 1991 for an outstanding contribution to computer graphics and interactive effects. He and Tim Kay also received an Academy Award for Technical Achievement in 1996 for their work in generating fur and hair for motion pictures. A list of publications out of the Cal Tech Graphics group can be found at http://www.gg.caltech.edu/publications.html

Cal Tech was one of five universities (Brown, UNC, Utah, Cornell, and Cal Tech) across the country that were part of the NSF funded Graphics and Visualization Center, founded in 1991. It was one of 24 National Science Foundation Science and Technology Centers created to pursue foundational interdisciplinary research. The primary goals of the Center were to build a stronger scientific foundation for computer graphics and scientific visualization and to help create the basic framework for future interactive graphical environments (see section 5 in this chapter.)

The graphics program at North Carolina State University was relatively short-lived, but the investigations that were conducted there had long term impact on the discipline. Prof. John Staudhammer (later with the Graphics Symbolic and Geometric Computation Program at NSF) created the research group in the Electrical Engineering Department around 1970. Students included Turner Whitted, Nick England, Mary Whitton, Jeff Eastman, Marc Howard, Ed Tripp and others. They had some success with research publications, and developed some lasting hardware configurations.

Eastman, Dave Wooten, and Tripp designed a very fast asynchronous parallel processor for graphics operations, and England designed and built the fore-runner to the Ikonas system, a programmable 32-bit graphics processor (based on AMD 2901) and a frame buffer (512x512x2 or 256x256x8), which was published in a paper at SIGGRAPH 78.

After receiving his PhD from NCSU in 1978, Turner Whitted left for Bell Labs and proceeded to impact the CGI world with an algorithm that could ray-trace a scene in a reasonable amount of time. His film, The Compleat Angler is one of the most mimicked pieces of CGI work ever, as nearly every student that enters the discipline tries to generate a bouncing ray-traced ball sequence. Whitted was also very instrumental in the development of various scan line algorithms, as well as approaches to organizing geometric data for fast rendering.

Whitted also had a faculty appointment at UNC, and in 1997 joined the graphics division at Microsoft. He was appointed an ACM Fellow, and received the 1986 SIGGRAPH Graphics Achievement award for his simple and elegant algorithm for ray-tracing. He became the lead contact for the Graphics group and the Hardware Devices group at Microsoft, where he investigated alternative user interface devices, such as wearable interfaces. 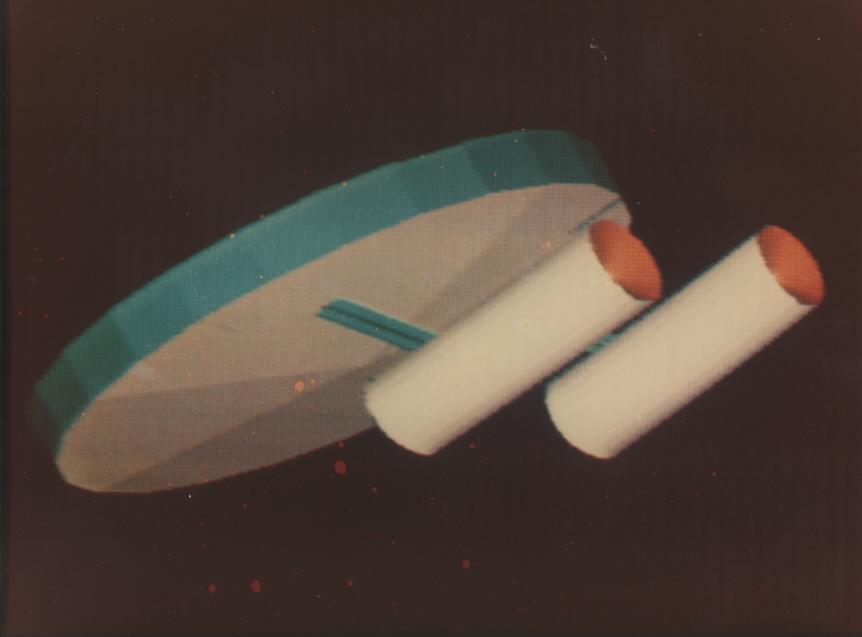 An extensive list of Cal Tech books and publications can be found online at
http://www.gg.caltech.edu/publications.html 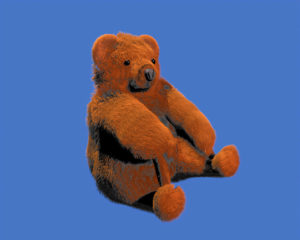 Herbert the Bear with 3D textures 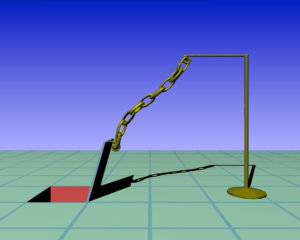 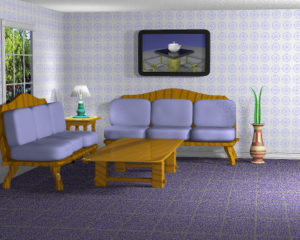 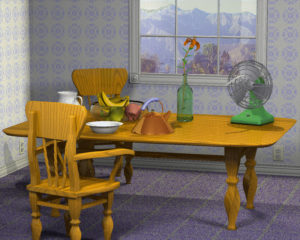 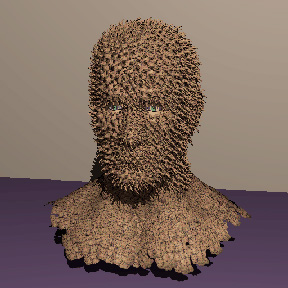