Bo Gehring was at Cornell University in Electrical Engineering when he became interested in design. He quit the EE department in 1961 and worked with welding metal sculptures and running a machine shop. When the computer industry expanded, his shop was hired to design and build computer-controlled drilling machines for IBM circuit boards. Gehring was hired by Phil Mittleman of MAGI in 1972 to develop the division of the company focused on computer image making (MAGI Synthavision). Gehring later moved to LA to create test sequences for Steven Spielberg’s Close Encounters of the Third Kind. and started his own company, Gehring Aviation, in 1977. He later renamed the company as Bo Gehring and Associates, which focused not on the film industry but the advertising industry[1].

Gehring produced animation for the films Demon Seed (1977, with Julie Christie and Fritz Weaver) and Nightmares (1983, with Emilio Estevez and Moon Zappa). He also worked with the famous television promotion producer Harry Marks. Although the film industry beckoned those companies in LA, Gehring chose to stick with television. “Ninety million dollars is spent each day on advertising in the United States,” Gehring told Greg Bear in an interview. “Feature films can’t begin to match that level of financing. I’m secure where I am.”

Two years later, Gehring was producing about half of his work for feature films, and the other half for advertising at Venice-based Gehring and Associates. His “boutique” business had several motion control tracks and several high end vector and raster systems, but he often did the front end design for productions, and contracted with other companies (eg, Triple-I and Cranston/Csuri) for the image computation and compositing in order to keep his capital costs at a minimum. This focus on software investment at the “front-end” resulted in the development of one of the first film scene tracking software algorithms (STAR- Scene Tracking Auto Registration), a sort of electronic rotoscoping system (assistance in the coding was provided by Jim Clark, later of SGI fame). 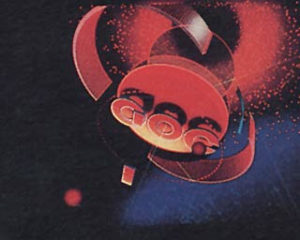 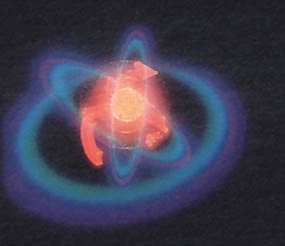 Gehring also was interested in digital sound synthesis. “I’m one of those people who has to pull off the road when something really intriguing comes on the car radio. I firmly believe that sound is at least the equal of sight in bandwidth– complexity of information–and synthetic sound is a fascinating area that’s barely been explored.” (also from the Greg Bear interview) After the closing of his Venice based company, he moved to Canada for a stay at Banff, where he pursued his audio interest, starting a company called Focal Point to develop software for the Mac.

According to Gehring: “The Focal Point 3D Audio system takes any sound and processes it to generate signals for each ear. It’s a cursor for the sound,” he explained. “It’s the same sound as before, but built into it is new information to make the brain think it’s coming from a new direction”. He also has been involved with a design company, Third Rail Ops, and resides in Beacon, New York. According to their website, Third Rail Ops “provides design and production support to artists and architects. At the heart of the practice is a projection theater where works are visualized full size in three dimensions. The latest computer technology, in-house CNC machining, large format printing, and a seasoned network of services such as rapid prototyping and large-scale fabrication complete the picture.”

Gehring recently won the 2013 Outwin Boochever Portrait Competition. He conceived and executed a short video of Esperanza Spalding that was included in the national portrait gallery of the Smithsonian [2]