The Link Company was one of the first companies to develop flight simulators. Edwin Link worked for his father in a piano and organ company in New York, and designed his first “Link trainer”, the Link “Blue Box”, in his basement between 1927 and 1929. The U.S. Army Air Corps recognized the value of the trainer and they pushed the development of Link’s original idea to include more sophisticated control and monitoring devices. It was very successful during the 1930s and into World War II, even used by German pilots as well as U.S. and British pilots. Initially there was no visual feedback. The trainer was used primarily to familiarize the pilot with instruments, and to give some rudimentary motion feedback to control stick manipulation. A first form of visual feedback for a later Link Trainer was a cyclorama. The scene from the cockpit was painted on the walls of the training room.

In 1939, Link developed a trainer that allowed for cross Atlantic navigation and night training, called the “celestial navigation trainer.” It represented stars on a dome over the physical trainer, and the stars could be relocated to correspond with time as well as changes in location.

With the desire for better motion control of the trainer came the development of analog and later digital control mechanisms. In the early 1960s, Link developed the Link Mark I computer to accomplish real time simulation by computing aircraft equations of motion.

Link merged with the General Precision Equipment Corporation in 1954, and in 1968 was purchased by the Singer Company, of sewing machine fame. In 1981, the same year as Ed Link died, the Link division split into the Link Simulation Systems Division (Maryland) and the Link Flight Simulation Division (California). In 1988 CAE Industries from Canada purchased the Maryland operation, and consolidated it with the Flight Simulation Division in 1990, to form CAE-Link Corporation.

In the 1960s, the General Precision Group of Singer-Link began working with NASA to develop simulators for the Gemini space program. Singer held the contract for the simulators under the direction of prime contractor McDonnell-Douglas, which supplied cabin and instrumentation mock-ups. Fully functional simulators came on line at Cape Canaveral and Houston in 1964.

In 1978, the Singer-Link DIG or “Digital Image Generator” was developed. This device is considered to be one of the world’s first-generation Computer-Generated-Image (CGI) systems.  In the 1980s, during the height of the Cold War, Singer-Link fielded simulators for numerous military systems, including the B52-G, AH-64 Apache, B-1B, F-16C, P3-C Orion, and S3-B Viking aircraft. Singer-Link also developed a number of ship and submarine trainers for ASW (Anti-Submarine Warfare), Mine Warfare, and Sonar System Training. In the 1990s, Singer developed commercial flight simulators such as the MD88. Singer-Link simulators and the DIG Digital Image Generator were featured in the 1987 NOVA Season 14, Episode 3 show called Why Planes Crash.

Ed Link’s breakthrough in demonstrating his pilot trainer finally came when the government contracted with the Army Air Corps to start carrying the U.S. mail. This experiment unfortunately would soon meet with disaster, primarily because Army Air Corps pilots had been trained to fly by watching the ground.

During their first week of mail service Army Air Corps pilots experienced extremely hazardous weather. Tragically, nearly a dozen pilots were killed due to the bad weather they encountered. This tragedy prompted the Army Air Corps to take a closer look at Link’s invention that trained pilots to fly by instruments.

On a foggy, misty day in 1934, a group of Army officers awaited Ed’s arrival in Newark, New Jersey. Ed was flying in from Binghamton, New York.

The officers, convinced that he couldn’t make it in such soupy weather, were about to leave. Just as they were about to leave they could hear the sound of an approaching airplane. Within a minute’s time an aircraft circled the field and touched down on the runway. It was Ed Link…he had flown in on instruments and demonstrated that effective flight was possible even during adverse weather conditions. 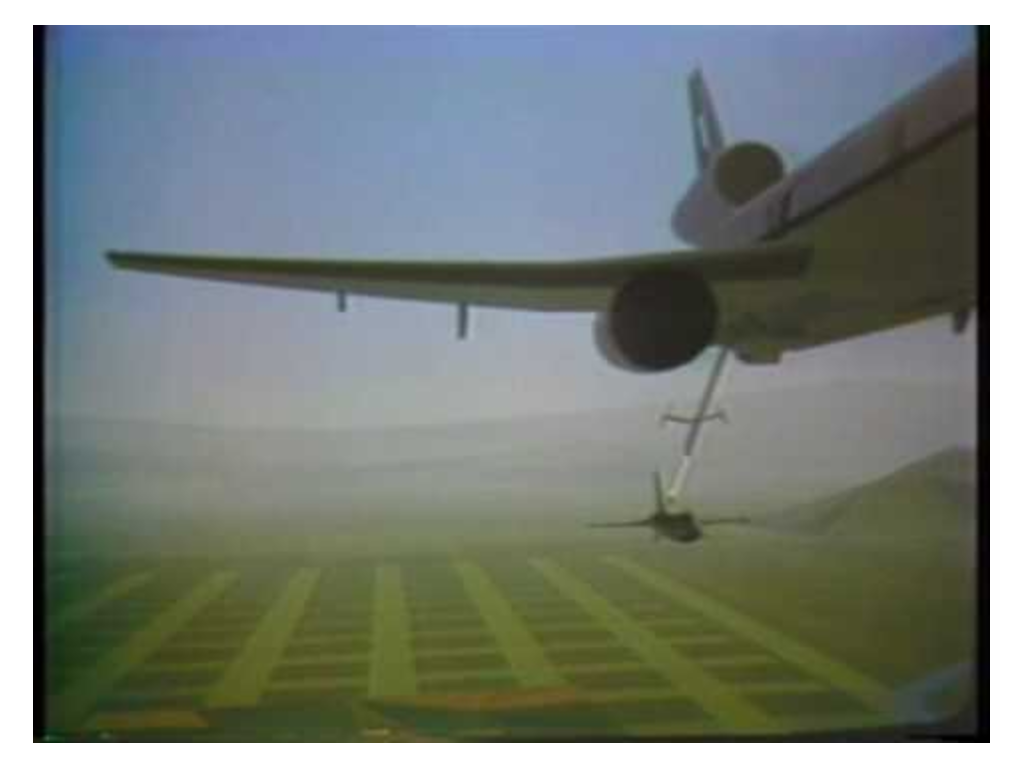