Chapter 16: The GUI and the personal computer

By the end of the 1970s, the Apple II, the Tandy TRS-80 (Trash-80), and the Atari computers were available on the market, and Commodore was marketing the PET, or Personal Electronic Transactor. They used 8-bit processors, like the MOS 6502 and the Zilog80. In each case, the graphics capabilities were primitive. For example, the Apple II video controller displayed 24 lines by 40 columns of upper-case-only text on the screen, with NTSC composite video output for display on a monitor, or on a TV set by way of an RF modulator. There needed to be better graphics capabilities for these products to be as successful as their potential showed.

Jay Miner started working at Atari in the late 1970s. He was instrumental in pushing the capabilities of the electronics by combining the necessary components into a single chip, known as the TIA, or Television Interface Adaptor. The TIA was to become the display hardware for the Atari 2600 game console, and was the forerunner to the chip set which was the basis of the Atari 8-bit family of home computers, known as ANTIC and GTIA.

In the early 1980s Jay, along with other Atari staffers, had become disillusioned with management and started a new company in Santa Clara, called Hi-Toro. They worked on a new 16-bit (Motorola 68000 based) game console. This project, which then was code-named Lorraine, resulted in a design that could be upgraded to a full-fledged computer. Commodore International assumed ownership of Hi-Toro. It was at this time that the video-game market was beginning to fail, so the new owners began changing Lorraine’s design to become a home computer, the Amiga.

Jack Tramiel invested $500,000 in the Amiga Lorraine project, hoping to use the results of their development for a series of 32-bit machines that would replace Atari’s existing home computer line. As Amiga’s financial health got worse, Commodore took over the entire Amiga staff and the Lorraine project, just before Tramiel could assume ownership. He subsequently sued Amiga for fraud in the matter of the development of the three VLSI chips, which Amiga alleged didn’t work, canceling the deal. Tramiel felt that the chips did work, and were going to be part of a the new Commodore computer.

In June 1985 the first production of an Amiga, the A1000 began. It had 256K RAM, which was later updated to 512K as standard which was enormous for its time. It also had a previously unknown 4096 color palette, and had a 14MHz Motorola 68000 processor. It also allowed direct to video tape recording with its integrated composite video output connection. The Amiga 1000 could have been a serious competitor to IBM’s PC, but Commodore focused it specifically for home use, primarily as a replacement for the Commodore 64.

In 1986 Amiga’s engineers started to design the A2000. This was to be the replacement to the A1000, with a bigger box, more expansion capabilities and an updated OS.  The A2000 (and its cheaper version the A500) were released in 1987. The A500 had only one expansion slot and a single memory-upgrade slot, and became the single most popular Amiga ever. 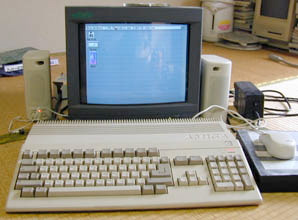 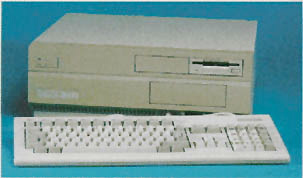 For its time, the Amiga had some of the most impressive sound and graphics (through several coprocessors) available for the home user. It was also used for commercial entertainment production during the 1980s. Newtek marketed a special graphics rendering solution of the Amiga, called the Video Toaster.  (The Video Toaster was used to render the space ships in the first season of Babylon 5). NewTek also created the Lightwave 3D rendering program on the Amiga, which they eventually ported to the PC. The support of overscan, interlacing and genlocking capabilities, and the fact that the display timing was very close to broadcast standards (NTSC or PAL), made the Amiga the ideal computer for video purposes, and was used in many studios for digitizing video data (sometimes called frame-grabbing), subtitling and interactive video news.

Agnus took care of the multimedia capabilities, providing DMA for sound and graphics, handling memory, and performing video timing (PAL or NTSC versions). The video timings were deliberately chosen to make it possible to use the Amiga with common household TV sets, and the Amiga had output ports for monochrome video signal, and separate RGB monitor connections.

A newer version of Agnus (used in most of the A500 and A2000 computers) was called Fat Agnus. It could handle a full megabyte of RAM. (Super Agnus, an even more recent version was able to support 2 MB RAM, and was able to change between PAL and NTSC video signal timing.)

The number of colors on screen could also be increased:

The Amiga included a hardware BitBLt co-processor, which was used to create and move several dozen additional objects in the bit map each frame time, saving and restoring the background as necessary.  The “Blitter”also provided hardware support for line drawing and polygon filling functions. The operating system, AmigaOS, was quite sophisticated, combining an elegant GUI like that of the Apple Macintosh with some of the flexibility of UNIX while retaining a simplicity that made maintenance rather easy. The Copper processor was a 3 instruction co-processor running in parallel with main CPU, allowing for the creation graphics effects with minimal CPU load and intervention. 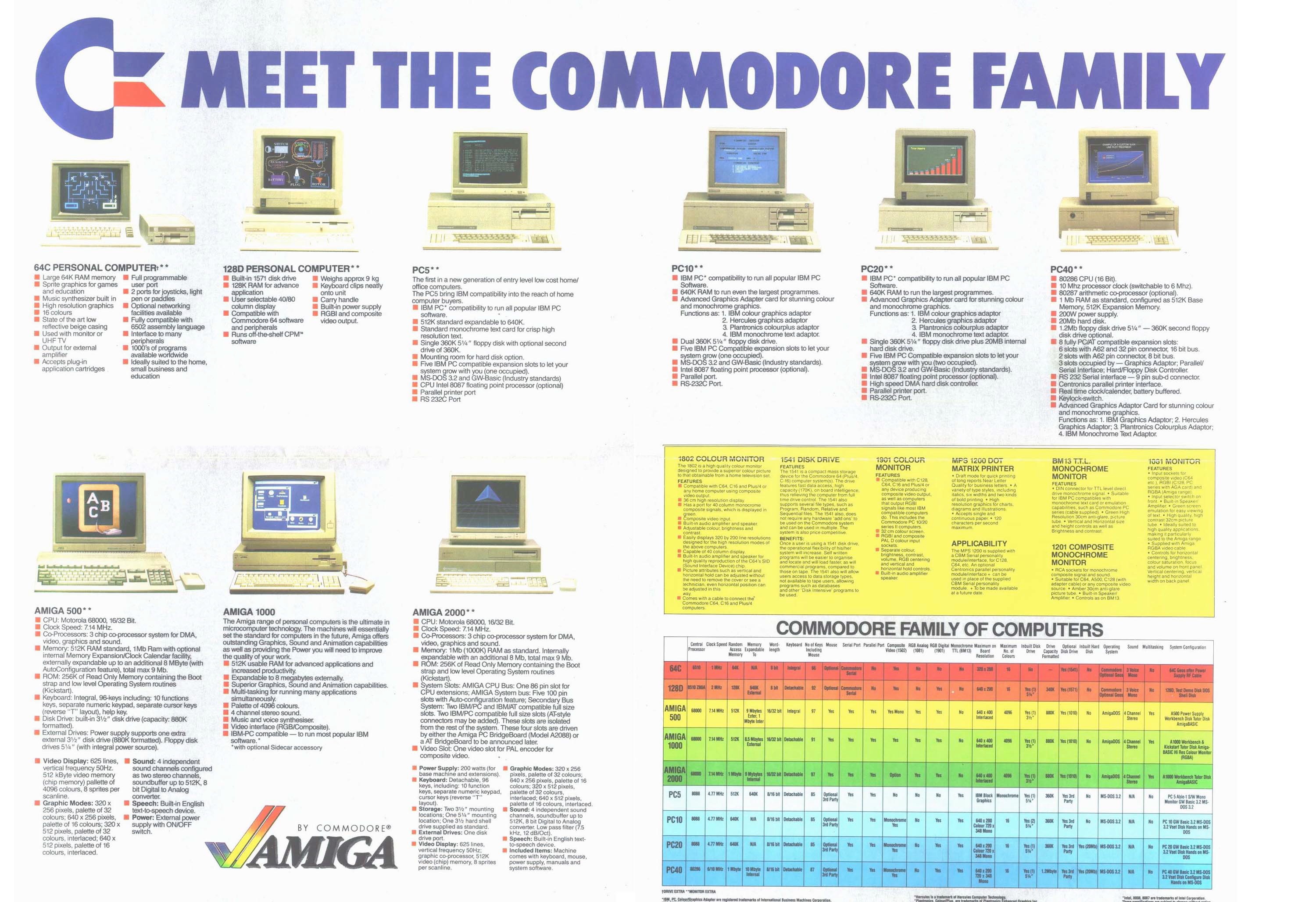 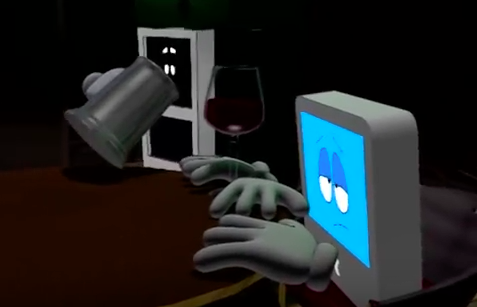 Eric Schwartz animated tribute to the Amiga on its 25th anniversary
https://www.youtube.com/watch?v=iNR5vxAR22A 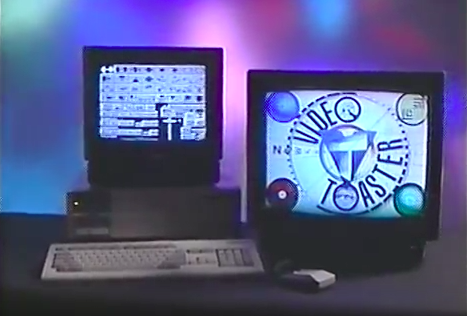 1991 demo of the Amiga and the Newtek Video Toaster card
https://www.youtube.com/watch?v=seznQmDp2pU