Larry Cuba is widely recognized as a pioneer in the use of computers in animation art, and was one of the “hybrid” artist/technologists” that were referred to in Chapter 3. According to Gene Youngblood, “Larry Cuba works in the tradition known variously as abstract, absolute or concrete animation. His works are characterized by cascading designs, startling shifts of perspective and precise, mathematical structure.”

In his own words, Cuba describes his work as: “…consist[ing] of experimenting with algebraic structures to generate visual material that is unpredictable in its form. By that I mean that it was not designed, imagined or otherwise pre-visualized. The results are only known after the program is run, the computer executes the computations and produces the animation.”

To accomplish his work, much like was done by other early computer artists (such as John Whitney, Sr., Stan Vanderbeek, Chuck Csuri, Lillian Schwartz), Cuba started in the CG filmmaking efforts by gaining access to large mainframes, most notably those at  NASA’s Jet Propulsion Lab. This is the same facility where Jim Blinn did his seminal work. It was there that he completed his first piece in 1974, First Fig. According to Cuba, he showed this film to George Lucas as a means of convincing Lucas to let him work on the creation of graphics for the Star Wars movie.

In 1975, John Whitney, Sr. was in the process of making his film Arabesque, and invited Cuba to provide programming assistance. He did, and he learned much from the foot of the master during this collaboration about the relationship between the visual image and music, so much so that Youngblood called him “the Bach of abstract animation.”

Later that year he was resident at the University of Illinois Chicago Circle Graphics Habitat, working with Tom DeFanti on the GRASS system that he developed as a graduate student at Ohio State and was pushing further into the computer art application world. It was on this system that Cuba produced the graphics for the training sequence for the attack on the Death Star in Star Wars. He commented in an interview that he pushed the system to the limit, so much so that the computer kept crashing. It was only by working in the frigid temperatures of the room with the AC turned way up that he was able to keep the computer running in order to complete the filming.

DeFanti extended the GRASS system to be used on a personal computer which resulted in the development of the ZGRASS environment (Chapter 5, Section 4). Cuba purchased a ZGRASS system, for his personal use, and completed his film Calculated Movements using this new approach, and used a LyonLamb system to record it. According to Cuba, the filmmaking effort for this production was different.  “The most obvious difference comes directly from the hardware. The other films were done on vector systems, so I was using dots. Going to the Zgrass machine meant not only going down from a mainframe to a mini to a micro but also going from vector to raster graphics. So this is my new palette, so to speak. New in two ways: I could draw solid areas so that my form became delineated areas instead of just dots, and I had four colors: white, black, light grey and dark gray.”

Cuba studied at Washington University and at The California Institute of the Arts, where he received his MFA. He has won both NEA and AFI Independent Filmmakers grants and his works have screened in many exhibitions, including Trickfilm/Chicago (1980) and the Best of Hiroshima ’85. Cuba was also an artist-in-residence at the Institute for Visual Media of the ZKM in Karlsruhe, Germany.

Cuba received grants for his work from the American Film Institute and The National Endowment for the Arts and was awarded a residency at the Center for Art and Media Technology Karlsruhe (ZKM). He has served on the juries for the SIGGRAPH Electronic Theater, the Montpellier Festival of Abstract Film, The Ann Arbor Film Festival and Ars Electronica. 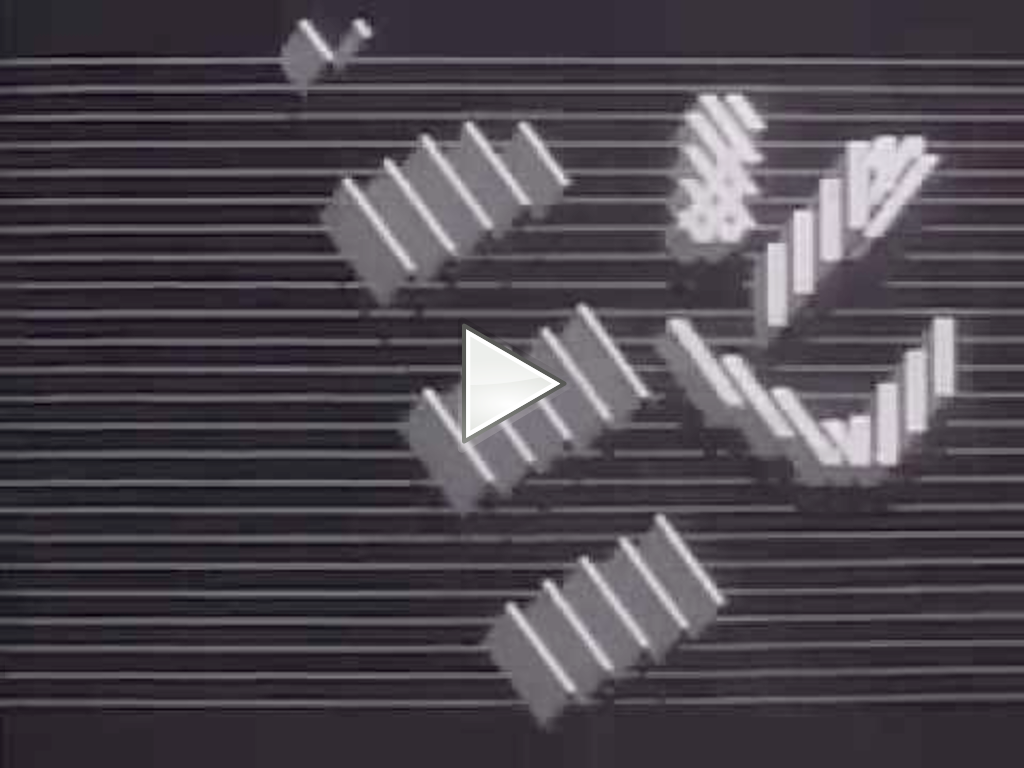