Researchers experimented with many different approaches to the generation of complex imagery for simulation. The Low-resolution environment coupled with the hi-resolution targets described in Section 5 gave only moderately acceptable results. Hardware, like that developed at E&S and elsewhere, made image generation faster, as did algorithms that were embedded in the software. General Electric used texture mapping to achieve reasonable results, as shown in the GE Cell Texture shown here.

Honeywell experimented with assembling real images stored on video discs, and retrieved, transformed and seamed them together based on the desired field of view and range in real time.

Vought researchers experimented with creating a mosaic of images obtained from aerial photographs into a terrain data base. A similar approach took advantage of the data bases of the Defense Mapping Agency, which can combine height maps representing elevations (for the geometry) with terrain and cultural artifacts.

Another interesting approach is attributed to Geoff Gardner at Grumman Data Systems, for the generation of terrain data and effects in simulations. Gardner presented a method to generate terrain, clouds and other objects in a SIGGRAPH 84 paper, realistic smoke and clouds in a 1985 paper, which he extended to smoke and fire in a 1992 paper.The models he presented used quadrics or ellipsoids (which are very computationally inexpensive for things like view intersection) that were covered using a texture derived as a function of the transmittance of transparency each ellipsoid should possess. The transmittance of transparency varied from the center of the object to the edges of the ellipsoid as a mathematical function. Gardner was able to use these ellipsoids and transparent textures to model the terrain, trees, clouds, smoke, fire and other elements.

Evans and Sutherland, as well as other simulation manufacturers, and researchers in simulation as well as CGI in general extended the ideas of flight simulation to other vehicles, including maritime and automobile. For example, In the mid-80s, NTSC contracted with Ohio State to develop a submarine pilot simulation trainer for pilots who maneuver the ships into dock at the Norfolk base in Virginia.

Bruce Artwick was a student in Electrical Engineering at the University of Illinois in the mid 1970s when he became interested in the connection of emerging computer systems and airplane flight. His 1975 thesis, “A Versatile Computer Generated Dynamic Flight Display” showed how the computer display could effectively be used to demonstrate the flight of an aircraft. Artwick developed the code for the first consumer flight simulator that ran on the Apple II. Interest from the consumer market motivated him to start a company, SubLogic, that developed simulators that ran on the TRS-80 in 1980. In 1982, SubLogic released a version of the simulator for the IBM PC, called Microsoft Flight Simulator 1.0.  He also developed for the Commodore 64, the Amiga and the Atari platform.

Several versions of Flight Simulator followed, and some say that it contributed to increased sales of computers because its graphics and CPU demands required more sophisticated computers. These later versions contained additional aircraft types, better landmarks, cities and scenery, multiple airports,and as of version 3.2, allowed the viewer to see the aircraft from outside of the cockpit. The software later included a Professional version with more capabilities, and a kiosk version to be run in public places.
This very popular program (an estimated 21 million copies were sold by 1999) was one of the most successful software titles in history. Shortly before the version for Windows 95 was released, Artwick sold his company to Microsoft. They continued to expand the program until they closed the division in 1999. 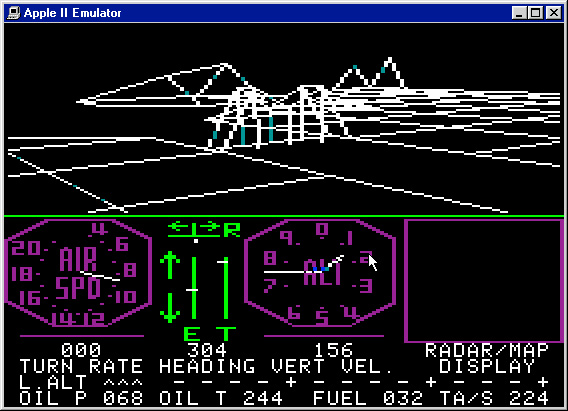 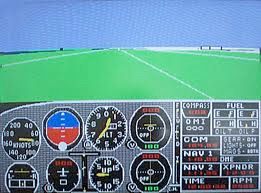 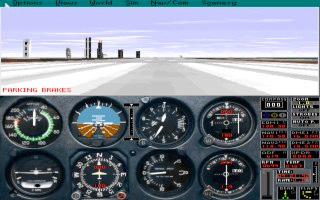 Images: Screenshots from various versions of the Microsoft Flight Simulator. 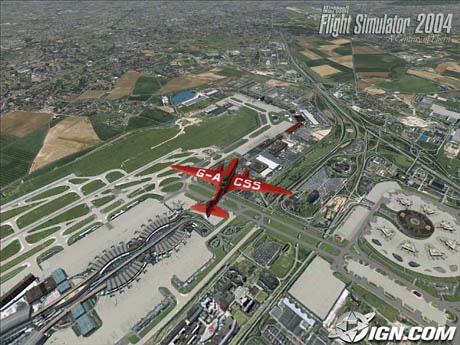