The commercial potential for the evolving computer graphics technologies was obvious to researchers and entrepreneurs alike. First generation companies grew out of the desire to bring synthetic imagery to the television, advertising and film markets.

Founded in NYC in 1978 by Judson Rosebush, Jeff Kleiser and 5 other partners, Digital Effects was the first CG house in New York, and was one of the first companies to establish itself as a contributor to the film industry in a big way, due in part to the quality of the Dicomed film recorder. They teamed with Abel, MAGI, and Triple-I to contribute to the motion picture TRON (see Chapter 14 – they did the opening title sequence and the Bit character), but also did national advertisements and television promotions, particularly for CBS and NBC. The company closed in 1986, because of philosophical differences in the way it was to be operated (in the words of Judson Rosebush in the ACM student magazine, “…too many partners.”)[1]. Rosebush later started his own company, Judson Rosebush Productions which he founded in 1986, and Jeff Kleiser became a partner in the company called Kleiser/Walzcak Construction, founded in 1987 with his partner Diana Walzcak, to create databases for CGI companies, which they located in Los Angeles and in Massachusetts.

The following quote is from Jeff Kleiser, as published in CG 101 by Terrence Masson:

“Our original setup was a 1200-baud modem connection to an Amdahl V6 running APL in Bethesda, Maryland, using a Tektronix display to preview wireframes. (Polygons refreshed at one per second—that’s one polygon per second!) The perspective data was written onto 9-track tape and was mounted on an IBM 370/158 to do scan conversion. Another tape was written as hi-con images onto 9-track and was shipped to LA for film recording on a Stromberg Carlson 4020 film recorder. Processed film was sent to NYC where I de-interlaced it onto hi-con (high contrast) film and made a print to separate out the colors and have matte rolls that I could mount on an optical printer to do multiple passes with color filters onto color negative, which was then processed and printed at Technicolor downstairs. Total time to see a color image: 1 week tops.”

Equipment included a DEC PDP-11/34, the IBM 4341, a Harris 500 and 800, a proprietary frame buffer, a Mitchell full-color 24 bit camera, and a Dicomed D-48 film recorder[2]. Their software, known as Visions, written in the computer codes FORTRAN and APL, was proprietary to the company. 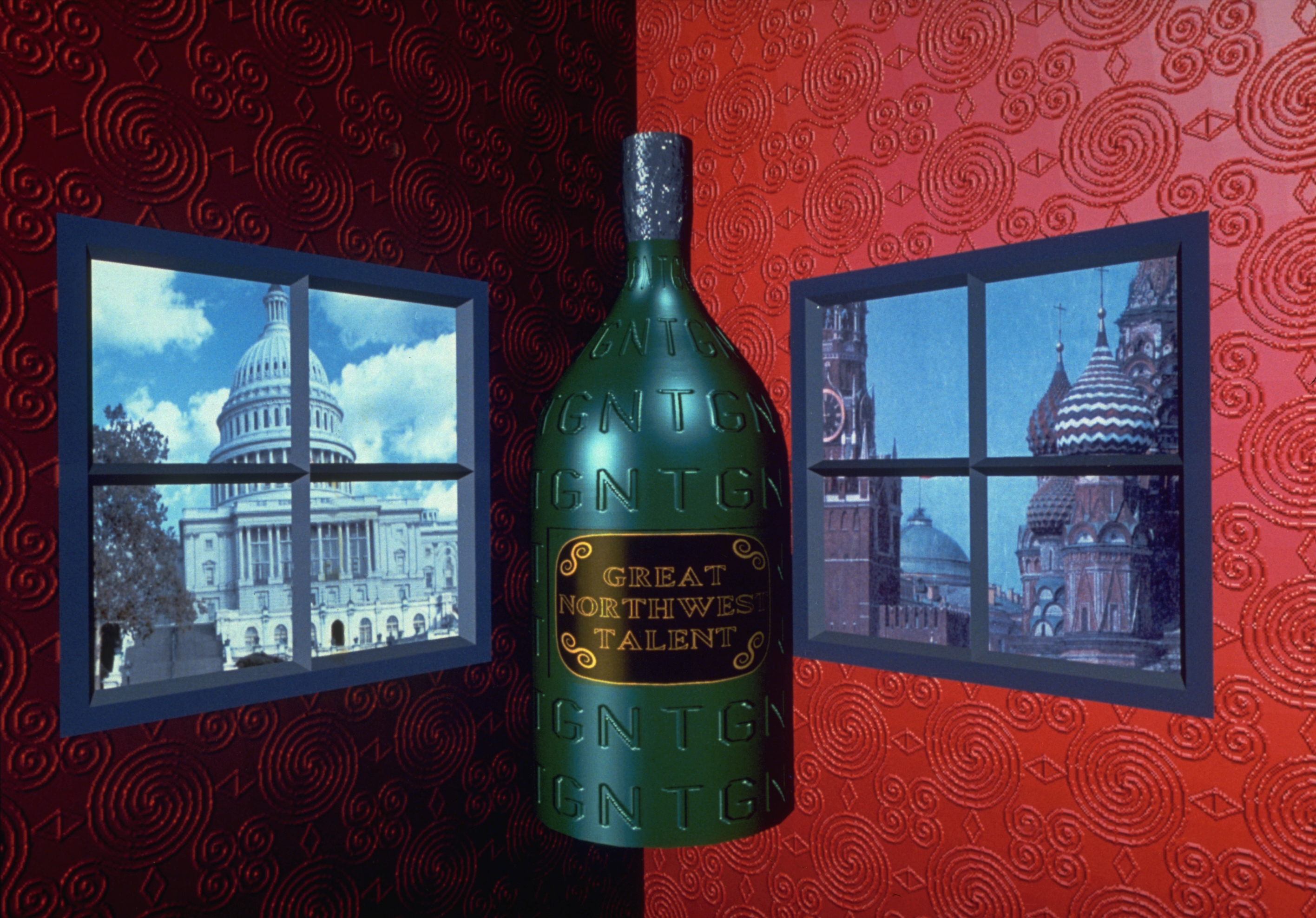