Much of the work in computer graphics to this point was centered around the development of solutions in the two dimensional (2D) realm. The creation of three dimensional (3D) models and images of them, while retaining accuracy of things like foreshortening and perspective and  surface rendering were much more difficult. Some work at MIT, and companies such as IBM, Boeing, and General Motors was being done, but it took federal grants and investments to really push the evolution of the field. In particular, ARPA funding at the University of Utah and NSF funding at Ohio State, along with focused industry funding changed the direction of research.

The next few chapters portray the work that was taking place in these labs, and the rapid results that came from it. To set the stage, it is valuable to look at the 3D image pipeline, which depicts the steps necessary to go from a conceptual idea with 3D geometric objects to an image depicting it displayed on the display monitor. The following chart shows the pipeline, as presented by Prof. Carlo Sequin at UC Berkeley.

While the specific details of the pipeline are beyond the scope of this book[1], the next few chapters will look at innovations in geometric modeling, perspective representation, surface detection and representation, and the rendering process. Many of these innovations resulted in significant systems, both software and hardware, and the rise of labs and companies that resulted.

When animation is added, the pipeline expands, as shown in this chart used at Ohio State’s ACCAD program, based on the definition in Isaac Kerlow’s book [2]. Later chapters deal with the animation and production of realistic images and image sequences.

One of the most difficult and time consuming components of the pipeline is the generation of complex 3D models. In 1988, John Wright started a company in Orem, Utah, called Viewpoint Datalabs, to generate these models on consignment.

Viewpoint started as a company a that focused on accident reconstruction and courtroom visualization. Using the tools and techniques developed for that industry, they digitized models of objects including vehicles, animals, aircraft, architecture, sports, military, geography, human anatomy and more, which they delivered on DVD. The models on the disc were of four levels of detail, from simple wireframe to fully textured. Customers ranged from ad agencies, to government agencies, to game developers, to production houses and film companies.

In 1998 the company was purchased by Computer Associates International, which sold the catalogue of 3D models to Digimation in 2002. Digimation’s models have been used in production by companies such as Electronic Arts for games such as Need for Speed. It’s models have been featured in motion pictures including The World Is Not Enough, Pushing Tin, Star Trek: Insurrection, Independence Day, Air Force One and Godzilla. 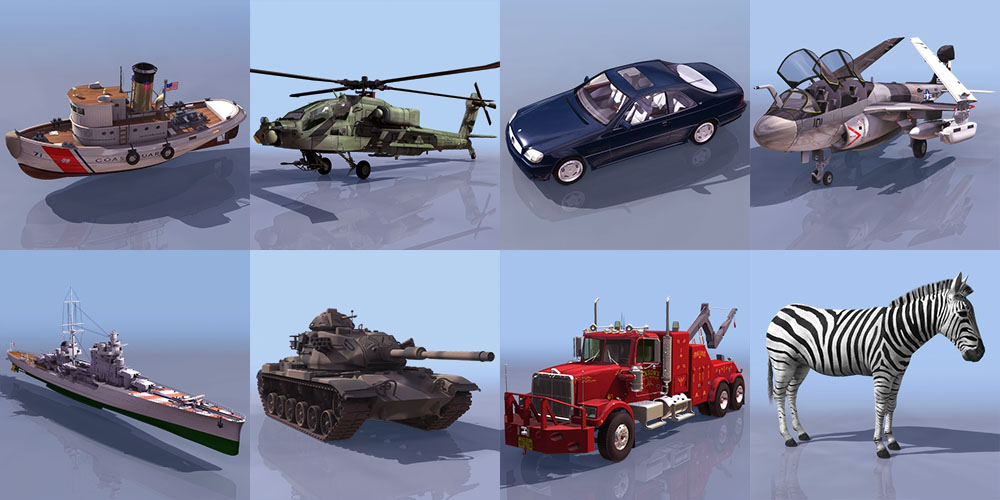 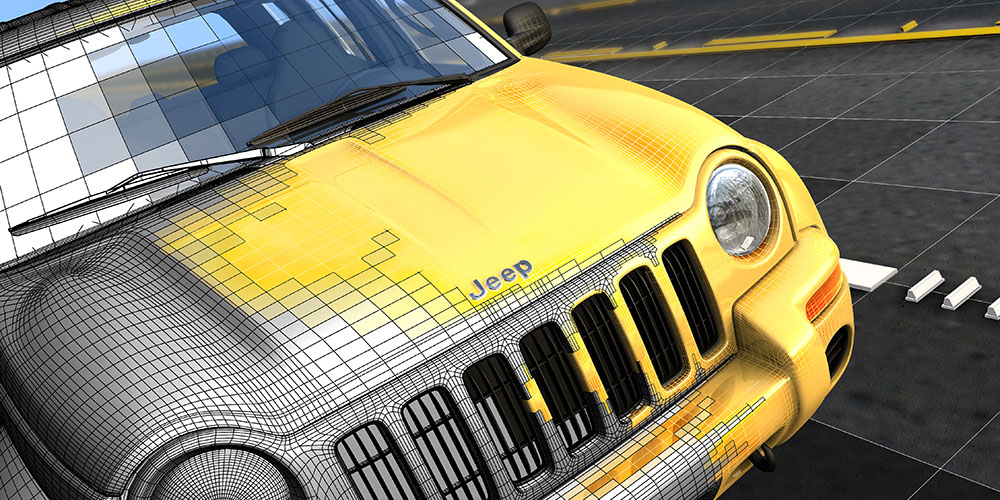