Patrick Hanratty’s contributions began in 1957 with PRONTO, the first commercial numerical-control programming system. After the completion of the DAC program, Hanratty started his own company, focused on the development of integrated and interactive computer aided drafting, design and manufacturing. His company, MCS (Manufacturing and Consulting Services, Inc.) was instrumental in the early evolution of the commercial software CAD environments. In addition to selling products under its own name, in its early years MCS also supplied the CADD/CAM software used by such companies as McDonnell Douglas (Unigraphics), Computervision (CADDS), AUTOTROL (AD380), and Control Data (CD-2000) as the core of their own products. In fact, according to MCS web site, industry analysts have estimated that 70% of all the 3-D mechanical CADD/CAM systems available today trace their roots back to MCS’s original code. The company’s first product, ADAM (Automated Drafting and Machining), was released in 1972, ran on 16-bit computers, and was one of the first commercially available mechanical design packages. Dr. Hanratty founded United Computing in 1969. More will be said of United Computing contributions later in this chapter.

In 1976, MCS introduced AD-2000, a design and manufacturing system for the first 32-bit computers. In 1986 they introduced ANVIL-5000, a 3-D mechanical CADD/CAM/CAE system that, for over a decade, was the most powerful, fully integrated CADD/CAM/CAE software available, running on all classes of engineering computers from high-end workstations to personal computers.

California Computer Products, Inc. (CalComp) was a manufacturer of digital plotters, disk drives and other “plug compatible” computer equipment. CalComp  was incorporated Sept. 17, 1958, and introduced the world’s first drum plotter (the Model 565) in 1959. They were involved primarily with the production plotters until about 1968, when they began selling disk drives manufactured by Century Data Systems of Anaheim, California. The legendary CalComp 1040-series pen plotter was introduced in 1984. For a while, CalComp distributed IsiCAD software, now owned by FIT Systems. CalComp was bought by Sanders Associates in 1980. In 1986, CalComp became a unit of Lockheed after the company purchased Sanders Associates.[1]

In 1973, CalComp filed a claim against IBM for preventing CalComp from competing in the disk drive market. The company claimed that IBM had monopolized the market through premature introduction of new central processing units and disk drives, price cuts on existing disk products, leasing policies and other unfair marketing practices over a period of ten years (1963 – 1972). The courts eventually ruled in 1977 that IBM’s pricing, marketing and design changes did not constitute an attempt to monopolize the market.

Because of its special internal needs, the aircraft industry has produced some of the world’s leading CAD programs. These include proprietary software developed at Boeing, CADAM by Lockheed, McAuto by McDonnell Douglas and CATIA by Marcel Dassault in France.

McDonnell Douglas Automation Company (McAuto) was founded in 1960. Their engineers closely watched the DAC program and the ITEK Electronic Drafting Machine optics design efforts, the latter resulting in the Control Data Digigraphics commercial CAD system. McAuto played a major role in CAD development with the introduction of the sophisticated CADD program. CADD was the primary product of McAuto, and it was only available on large IBM mainframes using expensive Evans & Sutherland Picture System display terminals. The software was optimized for the design of aircraft structural components, and even though CADD was possibly the most sophisticated CAD/CAM system available at the time, it had a few major problems that prevented it from being widely used.  Besides the obvious reliance on very expensive hardware, McAuto was also prevented from selling CADD to anyone who might be considered a competitor of any of the various aerospace divisions of the parent corporation.  The few commercial CADD customers included companies like Timex and Cessna Aircraft (they built aircraft, but not in competition with MDC).  The biggest non-MDC user of CADD was the Northrop Corp., but even they were restricted from using the software for anything other then the F-18 program, a joint development with McDonnell Aircraft. In 1976 McDonnell Douglas acquired United Computing, developer of the Unigraphics CAD/CAM/CAE system. 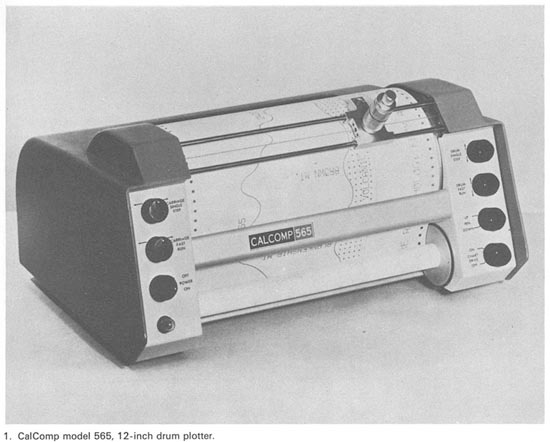